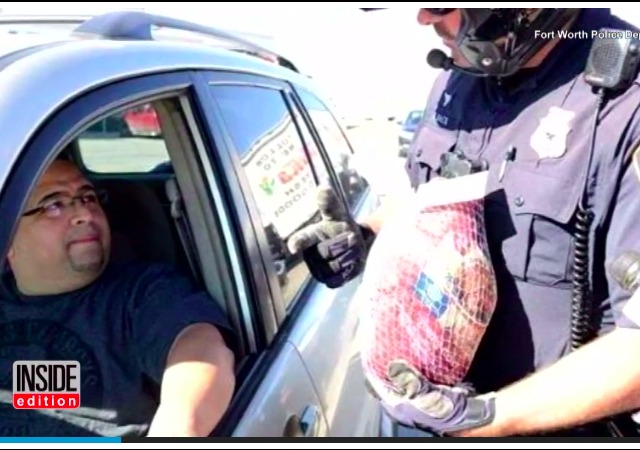 Fort Worth officers have chosen to give out turkeys to those they pull over “instead of tickets for small traffic violations.” Fox 8 reported:

The turkeys, which were donated to the Fort Worth Police Department, were then used to spread Thanksgiving cheer.

Local resident Jacoby Williams was pulled over for not having a front license plate, according to FOX 4. When the officer walked up to his door, he got an unexpected surprise.

“Not really sure all my wife has planned. We may fry it. May give it away,” Williams said. “It’s a good, very cool thing that they’re doing.”

In total, the officers gave out about 25 turkeys in various areas throughout the city.