“People are upset. Some people took the day off because they were depressed” 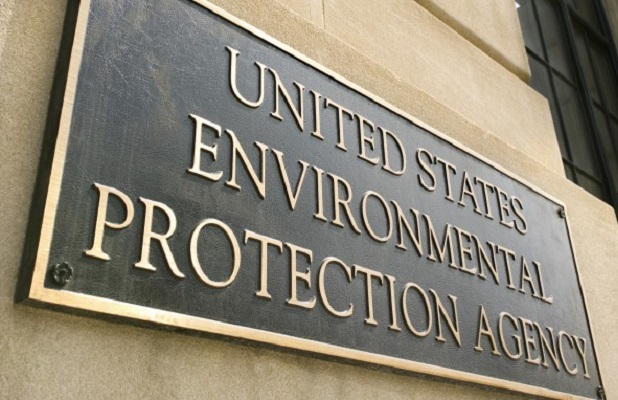 It’s bad enough that we’ve been treated to widespread temper tantrums, public meltdowns, violent riots, and all sorts of unseemly behavior from the left since Trump’s victory on Tuesday, but from career government employees, this kind of unprofessional nonsense is shameful. Period.

U.S. EPA employees were in tears. Worried Energy Department staffers were offered counseling. Some federal employees were so depressed, they took time off. Others might retire early.

And some employees are in downright panic mode in the aftermath of Donald Trump’s victory.

“People are upset. Some people took the day off because they were depressed,” said John O’Grady, president of American Federation of Government Employees Council 238, a union that represents thousands of EPA employees. After Election Day, “people were crying,” added O’Grady, who works in EPA’s Region 5 office in Chicago. “They were recommending that people take sick leave and go home.”

EPA employees stand to see some of the most drastic changes under the Trump administration, and they may be taking things a bit harder than other government workers.

The president-elect has vowed to repeal some of the rules they’ve toiled on for the last eight years during the Obama administration, including the Clean Power Plan rule to cut power plants’ greenhouse gas emissions.

Trump has even suggested abolishing the agency entirely, although that would be an uphill political climb. Trump has picked a top climate change skeptic to lead his EPA transition team — Myron Ebell of the Competitive Enterprise Institute — and has promised sweeping reforms in the agency that’s long been a target for industry groups and Republicans who say its rules overreach.

Personally, I hope Trump does get rid of the EPA altogether, but as that is unlikely, its “environmental justice arm” would be a good candidate for the chopping block.  But it’s not just the EPA,

“I think it’s a sadness and a worry about just how far someone will go, especially when you never believe anything he says,” said one longtime Energy Department employee. “Many of us have worked in both the Bush and the Obama administrations, and I don’t think that we feel like it will be like just going back to Bush again.”

Happily, these emotionally unstable people are talking about leaving their federal jobs if Trump does “rotten things.”

There’s been speculation that many of Trump’s critics in the federal workforce might opt to leave or retire early.

“If [Trump] starts doing rotten things, then people will say, ‘Enough of this crap,'” said O’Grady. “You might see retirements from people who say, ‘Why bother working there anyway?'”

Saracco worked at EPA during the Reagan administration. “There was a big exodus” then, she said.

And we somehow managed to live through it.  I think we can again.

The left is always so concerned about “gun control.”

I suggest that we start by “controlling” which government agencies need police forces and “weapons of war.”

Why do all of these need to be armed?

“You might see retirements from people who say, ‘Why bother working there anyway?’”

Reminds me of the old joke—

And that’s an industry joke. In the government biz, it may not be so funny.

Also, “Half” is a pretty optimistic amount.

“U.S. EPA employees were in tears.”

Yea because they know their overpaid useless jobs might be cut and they will actually have to work for a living instead of being a unnecessary pain in the ass to every land owner with a puddle in the back yard.

Do not let the door hit ya, where the good Lord split ya!

(Money saving advice, do not replace any of these.)

As a coal miner, I can really sympathize with their fear of an uncertain future. I’m also glad to hear counseling is available for the employees………..

I have tears of joy at their sorrow.

The O admin’s attempted murder of the coal industry was designed to destroy the lives of rural people in the hills [coal country] where, traditionally, communities with wealth and employment tend to be very independent and often a mainly white ethnicity who are avid hunters and shooters, as well as often-times veterans: all “dangerous” to globalists.

Ithink it’s more of a case of fear. These people are terrified that We Out Here will treat them as they’ve treated us all these past 8 (some say 16) years.

Really is a terrifying thought, once ya stop to contemplate it….

“I think it’s a sadness and a worry about just how far someone will go, especially when you never believe anything he says,” said one longtime Energy Department employee.

No. I submit that they are afraid because they DO believe everything he says. Progressive tears sustain me.

Close down the Bureau of Indian Affairs. It exists to steal monies owned by Indians and give bureaucrats income.

Payback is a bitch!

It’s good for little snowflakes to feel the heat they inflicted on others for decades.