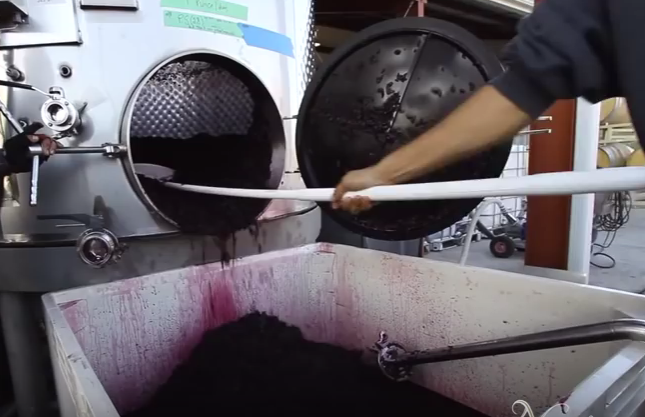 Given how much I plan to drink after Nov. 8th, in either celebration or despair, I have been toying with the idea of opening a winery.

The idea has merit, given that it may be the only way I see any of my tax dollars back! The U.S. Department of Agriculture’s Value Added Producer grants (VAPG) has awarded nearly $10 million to wineries, distilleries, and other makers of fine, alcoholic beverages millions!

The recently released list of the 2016 VAPG awards includes $7,417,459 for those producing, marketing, and packaging wine.

According to the USDA program description, among those included in the $7,417,459 is a $250,000 grant to Caduceus Cellars of Arizona for “to help increase the customer base and market share for bottled wines.”

Vivac Winery in New Mexico was awarded $98,121 “to process grapes and package wine in kegs for ready distribution and consumption.”

$1,250,000 was awarded for companies dealing with liquor. This includes a $250,000 award to Cane Land Distilling in Louisiana “to extract molasses and fresh sugar cane juice from Alma Plantation sugar cane and ferment and distill it into three product types: Rhum Agricole, Heavy Rum, and Light Rum.”

I should think that the costs associated with the making, bottling, labeling, and marketing of alcohol-based products would be accounted for in the price of the final product. So why, exactly, would the feds need to dole out money to those specific businesses?

Furthermore, the competitors of those companies that received the funds to market or promote their products are being unfairly treated. After all, the owners and employees of those firms likely paid taxes. Therefore, their wealth has now been redistributed in a way that helps their competition.

On the other hand, these expenditures are certainly more worthy than Swedish massage for rabbits, watching grass grow, or Obama’s golf games.

However, this isn’t the only intriguing alcohol-based story in the news. Anheuser-Busch InBev has pulled the suite of Bud Light ads featuring loud-mouthed, progressive comedians Amy Schumer and Seth Rogen.

According to Adweek, the beer giant pulled the ads “a little earlier than expected” after its beer sales declined in the third quarter.

The Schumer-Rogen ads launched earlier this year before the Super Bowl and played off of the presidential election featuring a mock Bud Light political party.

Surprisingly, the ad set was not well-received by its intended audience.

One advertisement in the campaign, “Equal Pay,” received a strongly negative reaction online. In it, the pair decry decry the gender wage gap while Schumer plugs the beer by proffering that it “costs the same, whether you’re a dude or a lady.”

The comments section beneath the YouTube video of the ad has since been disabled.

Furthermore, “third quarter” is the summer, which is the time of year American typically consume the most year. Who knew that producing politically tone-deaf ads demeaning to a large portion of the customer base with end in such failure?

I wonder if this lesson in effective beer marketing would earn me a grant from the Department of Agriculture? I would certainly drink to that…starting Nov. 8th!

Given what I have seen Miller Brewing openly and proudly support regarding events in San Francisco, I am hardly surprised to see this at all.

Schumer will make an appearance in the annual Budweiser Christmas Commercial. She will be third Clydesdale on the left.

Hey there! Horses have feelings too! LOL!

It’s not just the Feds that do this.

New York will heap subsidies and tax breaks on your winery or distillery if you use ingredients that are grown/farmed in New York. A number of distilleries take advantage of this.

I would expect many other states do the same.

Leslie you remind me of my sister in 1984, after each Cubs playoff game she would put on a jacket and go out.
“Where are you going?”
First two games:
“To celebrate and get drunk.”
Last three games:
“To drown my sorrows and get drunk.”

Do you mean to tell me that there are wines being produced outside the great state of Texas? I have seen labels that didn’t look like some make in Texas, but I just thought it was Texas wine relabeled to appeal the Californians who have moved here. Please don’t think poorly of me, I’m working on my college GED.

The Woman’s Christian Temperance Union (WCTU) is on line 1 wanting to know why federal tax money is selling booze.

File under yet another case of the Feds picking winners and losers because the all knowing Feds always know good from bad. Imagine the screaming and yelling if the Feds made marketing grants to the KKK or the Pedafiles of America,

Annual federal revenue from alcoholic beverages is about ten billion dollars. For the feds, the alcohol industry is good business.

I think there’s a worldwide glut of wine because everyone wants to have a winery, though.
Unfortunately. Otherwise I’d be getting into it too.

And the boxes can be used to start loco weed in if global warming isn’t working at that location.

The tax/subsidy mix for Rum is even more messed up.

“Rum, like all spirits, falls under a federal excise tax of $13.25 per proof-gallon. The federal tax revenue collected from rum produced in Puerto Rico, the U.S. Virgin Islands, or internationally is transferred to the governments of Puerto Rico and the U.S Virgin Islands. This transfer of revenue from the United States back to the location of production is called a “cover-over.”

Puerto Rico and the U.S. Virgin Islands each receive all of the revenue collected from rum produced in their territory. The two countries split revenue from foreign produced rum, based generally on how much rum they produce relative to each other. By producing more rum, each territory has the ability to increase their share of the rum tax.”

Given how the various federal agencies have all been politically weaponized by the _______ adminstration (the day nears when we won’t have to see or hear that name again), you can bet this is some agency pursuing some agenda trying to control who wins and who loses in the given market, and if we ‘followed the money’ we’d likely find a whole lot of Democrat donors to federal, state, and local politicians enjoying the fruits of pay-for-play and routine historical graft.

As for me, the lips that touch liquor shall never touch mine. ‘Tis the sweat off the De’il’s arse, and I’ll have none of it.

“Waiter, bring me whatever my friend is NOT having. Thanks!”