Year gets worse for the electronics company. 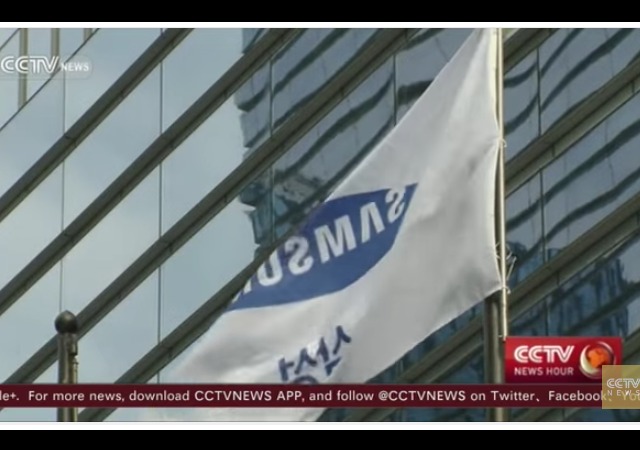 You think Americans have suffered in 2016, what about Samsung? Two exploding phones, exploding washing machines, and now prosecutors raided its headquarters due to allegations that the company gave money to the daughter of President Park Geun-hye’s confidante Choi Soon-sil.

Authorities believe Choi “exerted influence over public affairs, despite having no official role in government, and that she used her political and business ties to benefit her daughter, an equestrian athlete.” This has led to a downfall in Park’s approval ratings and resignations in her administration.

In this latest twist of the scandal that’s been rocking South Korea for weeks, prosecutors are investigating allegations that Samsung might have provided €2.8m euros ($3.1m, £2.5m) to a company co-owned by Ms Choi and her daughter, to bankroll the daughter’s equestrian training in Germany.

Prosecutors are also reported to have raided the offices of the Korea Equestrian Federation and the Korea Horse Affairs Association.

Ms Choi was arrested on 3 November and charged with fraud and abuse of power.

The prosecutor’s office confirmed that employees “seized documents on Tuesday from Samsung’s office of external relations in Seoul.” This included the office of Park Sang-jin, one president at Samsung, who also heads the Korea Equestrian Federation.

Choi allegedly pushed companies “to donate millions of dollars to foundations she controlled.” Corporate-governance research firm Chaebul.com discovered that Samsung donated 20.4 billion won ($17.9 million) to the two foundations, the most out of the other large South Korean companies.

The raid comes a day after a French woman said her Samsung Galaxy J5 phone exploded. From ABC News:

Lamya Bouyirdane told The Associated Press on Monday that she noticed the phone was very hot after she asked her four-year-old son to pass it over during a family gathering at her home. She said she threw the phone away when she realized it had “swollen up” and smoke was coming out.

“I panicked when I saw the smoke and I had the reflex to throw it away,” said Bouyirdane, a mother of three in the southwestern French city of Pau.

The phone then caught fire and the back blew off. Her partner quickly extinguished it.

Samsung has spent 2016 trying to save face after numerous Galaxy Note 7 phones exploded. It’s so bad that the FAA has banned people from even carrying the phones on planes. At first, Samsung issued a recall and offered replacements, but those replacements also caught fire. The company had to cut its losses and stop issuing the phone. Every single U.S. carrier dropped the phone from their sales.

To make matters worse, there are cases of exploding Samsung washing machines! From The Washington Post:

It’s not the sort of explosion, as with the lithium ion batteries in phones, caused by chemical reactions. Some washing machines, the suit alleges, vibrate violently under heavy loads, causing the tub to “become unfastened, resulting in a dramatic centrifugal explosion that destroys the machine and nearby property.”

The lawsuit alleges that Samsung has known of its exploding washing machine problem for years and did little to warn consumers. The plaintiffs — three women from Texas, Indiana and Georgia — demanded, among other things, the immediate release of a safety warning about the top-loading washing machines in question.

Gee – you mean there is a country out there that believes in the rule of law regardless of how well connected the investigated are?