Pro-Trump Students Harassed and Threatened at U. Pittsburgh

Pro-Trump Students Harassed and Threatened at U. Pittsburgh

No safe space for them 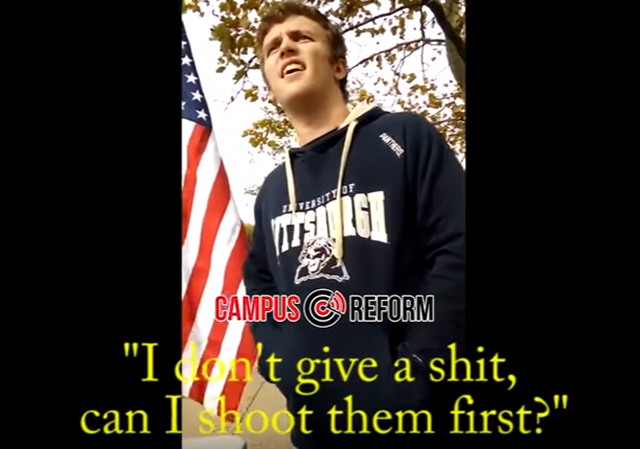 It takes tremendous guts for a college student to be an open Trump supporter. At the University of Pittsburgh, these young people have to put up with harassment and threats.

Pro-Trump students at the University of Pittsburgh can’t seem to catch a break.

Outside of Hillman Library Monday, Youth for Trump once again faced vandalism, protests, and death threats, culminating at approximately 2:00 p.m., when a student ran behind the table and ripped down the “Youth for Trump” sign with such force that the tree limb to which it was attached actually broke.

Lindsey Hern, a senior at Pitt, told The Pitt Maverick that students surrounded the table yelling profanities shortly after the sign was ripped down, making her fear for her safety, especially when another female student began screaming “how can you be a woman and support Trump?” at Hern.

“I felt unsafe when there was a hoard of people clapping and cheering along with the girl screaming at me for being a woman behind a Trump table,” Hern recounted, noting that she called campus police twice out of fear for her personal safety.