Prager U: What Should We Do About Guns?

Prager U: What Should We Do About Guns?

Could gun control measures in places like Australia work in America? 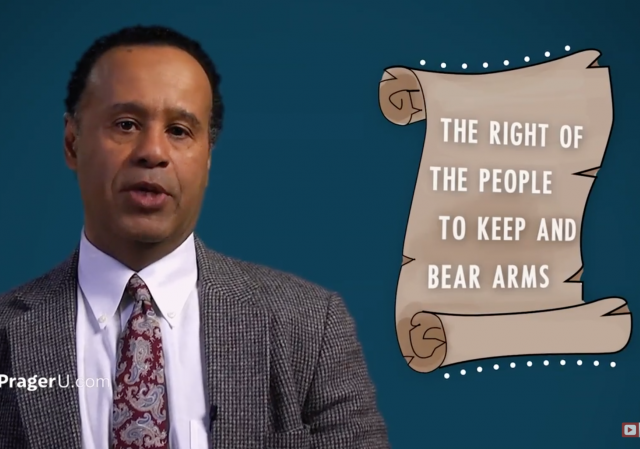 The phrase “common sense gun control” gets tossed about constantly by Democrats, especially during election years. But what does it really mean? In this week’s video, Nicholas Johnson, Professor of Law at Fordham University, explains that, once you get past the platitudes about assault weapons and gun show sales, what most politicians really mean by “common sense gun control” is actually “gun confiscation.” Watch the video here to find out what has happened when gun confiscation laws were tried in other countries, and what that experience tells us about whether it could work in the United States.

What should we do about hammers?

What about kitchen knives? Or, what about hands? Feet? The only gun control worth knowing is “hold’em nd squeeze’em.”

How’s that working out in Chicago? Washington DC? New York?

More people die in motor vehicle accidents, from medical errors and in swimming pools than firearms…. no talks of bans there.

Don’t get me started today!