I wonder if it will affect Christmas. 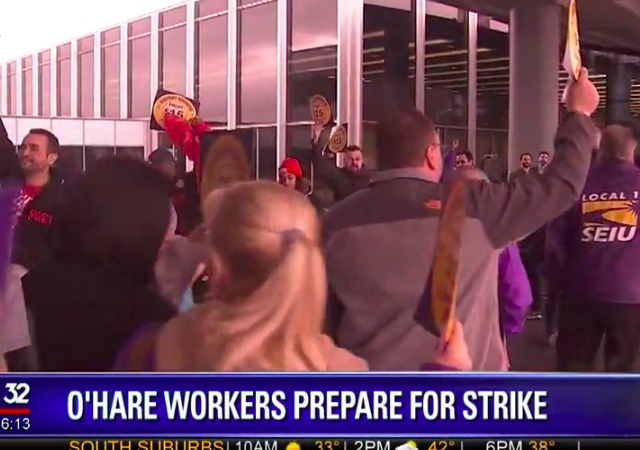 Workers at Chicago’s O’Hare Airport have planned to strike after Thanksgiving for a higher wage and union rights. Fox News reported:

About 500 workers committed to a strike after a vote last week. The workers are trying to organize with the union’s help. They work mainly for private contractors at the airport and include baggage handlers, cabin cleaners, janitors and wheelchair attendants.

The workers are seeking union rights and a $15-per-hour wage.

During a press conference Monday morning, an O’Hare employee spoke on behalf of airport workers, calling on United Airlines and other carriers to “take responsibility and stand up for good wages at O’Hare.”

Hopefully by then most people have returned home from the Thanksgiving holiday. No doubt a strike will disrupt travelers at one of the world’s busiest airports.

Not to worry. There are plenty of recent Syrian refugees looking for work, insha’Allah.