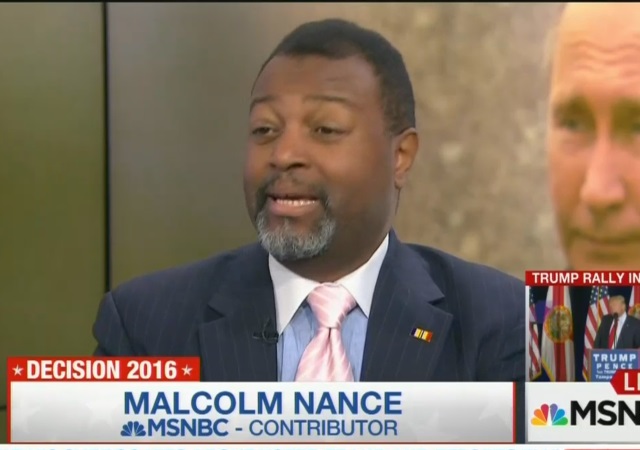 Victor Davis Hanson: Russian spy? Who would have suspected that one of America’s leading conservative intellectuals, a prominent historian who is currently a Senior Fellow at Stanford’s Hoover Institution, was selling us out to the Russkies?

Actually, no one would suspect it because it isn’t true. But on today’s AM Joy, MSNBC terrorism expert Malcolm Nance bragged: “I know some of the spy-catchers in FBI counter-intelligence, guys who have taken down big names, like Aldrich Ames and Victor Davis Hanson.”

Nance presumably had in mind Robert Philip Hanssen, a former FBI agent who was convicted in 2001 of spying for the Soviet Union and later the Russians.

We’ll call this one an innocent mistake by MSNBC’s expert, but interesting that it came at the expense of a leading conservative. As of the time this item was posted, MSNBC had not corrected the error.

MALCOLM NANCE: I know some of the spy catchers in FBI counterintelligence. Guys who have taken down big names, like Aldrich Ames and Victor Davis Hanson.

I’m sure Victor is as surprised as we are.

Think of it as affirmative action in action.

Ah, wouldn’t the Pravda-MSM complex have been broadcasting this information some time ago? I mean, shucks and bother, taking down a solid conservative (from California no less!) would be a feather in somebody’s cap!

I’m sure he does know people that think they took down Victor. It shows his expertise in the field. Making him the perfect expert for MSNBC.

He made a mistake. It happens. We all do.

The real issue should be that MSNBC has apparently not corrected the error. That’s wrong.