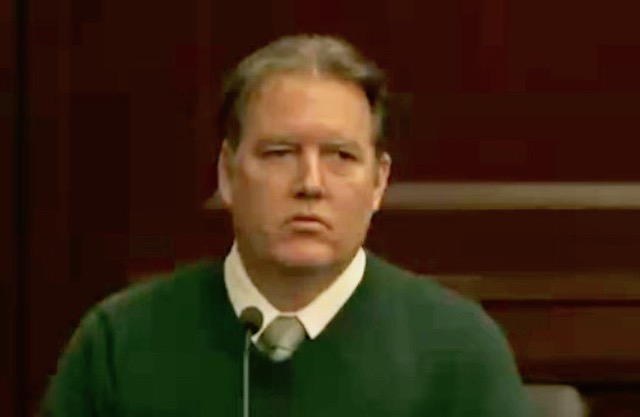 Readers may recall the 2014 trial of Michael Dunn for the killing of teenager Jordan Davis, as well as three counts of attempted murder of Davis’ friends, in an incident apparently triggered by Dunn’s annoyance with the teens’ loud music.  We covered this trial in great detail right here at Legal Insurrection.  Following his conviction Dunn filed an appeal “on the ground that the State failed to present evidence rebutting his self-defense claim.”

There’s nothing particularly unusual about the DCA’s opinion affirming Dunn’s conviction, but it does provide an opportunity to illustrate how different the nature of an appellate review of a conviction is from the trial itself.  In casual conversation I’ve often noted that many people seem to view an appeal as a “do over” of a trial, a second swing at the ball, so to speak.  In fact, there are profound differences between a trial at which a verdict is arrived by a finder of fact (usually a jury) and an appellate review by a panel of judges.

One of these important differences is that at criminal trial essentially all the legal and factual presumptions favor the defendant rather than favor the state.  That’s of all part of the defendant being presumed innocent until proven guilty by the state beyond a reasonable doubt.

Once a defendant has been convicted at trial, however, it is presumed that the correct version of the facts is the one that was presented by the state and presumably accepted by the jury (otherwise they would not have arrived at verdict of guilty).  As noted by this appellate court:

‘There is sufficient evidence to sustain a conviction if, after viewing the evidence in the light most favorable to the State, a rational trier of fact could find the existence of the elements of the crime beyond a reasonable doubt.’ Troy v. State, 948 So. 2d 635, 646 (Fla. 2006) [emphasis added]

Indeed, even moving for a judgment of acquittal as Dunn does here requires the defendant to concede to the version of the facts most favorable to the prosecutors.  Essentially the argument being made by the defendant is that even if all the facts favored the prosecution the defendant should still have not been convicted. As noted in this opinion affirming Dunn’s convictions:

A motion for judgment of acquittal admits not only the facts in evidence, but also every reasonable inference that can be draw in favor of the State from the evidence. Krupkin v. State, 119 So. 3d 1267, 1270 (Fla. 1st DCA 2013).

As promised, here’s the opinion of the 1st DCA that affirms Dunn’s convictions:

[Featured picture is a screen-cap of Dunn’s testimony at trial.]

Andrew F. Branca is an attorney and the author of The Law of Self Defense, 3rd Edition.

I think this one was a no brainer. After all the facts came out even those of us who are very pro-self defense could see that Dunn was either a racist ass, mentally unstable, or both. In the end I am confident the jury got it right.

The opinion here managed to keep Angela Corey’s name out of it.

My understanding of the difference between trial vs. appeal was this (and mind you, IANAL): The trial essentially finds facts; once the verdict is reached, those are “the facts” as far as the courts (ALL the courts) are concerned.

The appeal, on the other hand, reviews the procedures. The panel determines what legal processes were followed to find all the facts presented at trial.

Call that the “How” of the case.

A defendant’s appeal is successful only if the DCA finds a problem in the “How”, such as violations of his/her civil and/or Constitutional rights, mistakes or omissions in jury instructions, mishandling of evidence, proof that exculpatory evidence known to the State was withheld from the defense, etc. The DCA isn’t even going to consider the “5Ws” of the case until and unless a problem with the “How” is found; even then, they’ll usually only decide if that problem could reasonably have changed the outcome (and if so, the defendant usually gets a new trial ordered — that would be the “do-over” mentioned earlier).

But if there’s no problem with the “How”, you tend to get a very short opinion. Like here, in Dunn’s case.

Again, only my understanding, and IANAL. 🙂

Hence the phrase: “One of these important differences …”

Just covered one of them. 🙂

The unable to open the rear door because the child locks were engaged is a lie. From the trajectory of the bullets you can see that in order to shoot Davis in the back seat Dunn would have had to have been near the rear of his vehicle when he fired. The Eye witness was mistaken and the others lied. The child locks that were engaged at impound was most likely done by Vernan Jorden.

Yep. And if Dunn were near the rear of the vehicle and the door were closed, his shots would have missed Jordan Davis entirely and would most likely have exited through the opposite door; Davis is effectively removed from the line of fire.

And yet, Davis is dead. Hmmm….

Therefore, based on the bullet trajectories relative to the rear door AND relative to Jordan Davis, the ONLY explanation that makes any sense is that the door was open, which indicates that at the time of the shooting either someone else had opened the door or the child locks were not engaged. Also, that Dunn was truthful in describing his location relative to the SUV.

Gotta love those “sweater” outfits. Is there a store that specializes in them?

Actually, should have said “murderer sweaters.”

Defense had to make him look harmless, and did a pretty good job.

Dunn’s actions after the shooting are a textbook example of what not to do if you have engaged in lawful self-defense. Fleeing the scene of the shooting and not reporting the incident to the police are persuasive evidence of loss of innocence. By fleeing Dunn also deprived himself of the opportunity to point out exculpatory evidence to the police in a timely manner. If the occupants of the Durango possessed a firearm, Dunn’s flight and failure to report, gave the Durango occupants ample opportunity to dispose of that weapon. His flight also allowed an unfavorable version of events to be imprinted own first responders and investigators.

If Dunn did not like the music coming from the Durango, he would have been far better served, walking into the store with his fiancé. Davis might still be alive and Dunn would be home. No duty to retreat does not mean it is wise to confront and escalate.

Good. His claim of self-defense was not credible, especially since everything points to him having initiated the confrontation and escalated it.