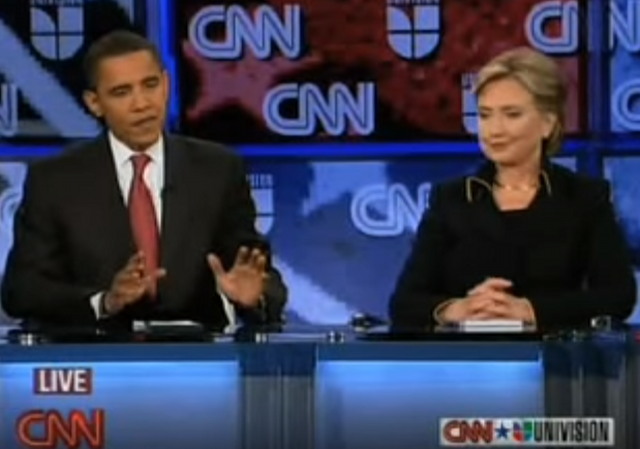 This is a question which people may start asking more frequently no matter who wins next week.

“Lock her up!” has become a perpetual chant at Donald Trump rallies. At the same time, aggressive elements within the FBI are apparently resisting career prosecutors, who have determined that evidence does not warrant new criminal investigations of Hillary Clinton. There are even disturbing hints at congressional pressure for the FBI to keep investigations going.

It does not take much clairvoyance to predict that Clinton’s most strident opponents may seek to extend the use criminal investigations as a political tactic to undermine her presidency if she wins the election next week. That prospect triggers a startling idea: Should President Barack Obama simply pardon Clinton if she wins the election?

The pardon power is typically used to extend mercy to individuals who have been convicted of crimes, but there is also a tradition of using the power as a tool of political reconciliation. President Gerald Ford’s pardon of Richard Nixon for Watergate crimes is probably the highest profile example. But there have been other instances.

As he left office, George Washington pardoned the men who had led the Whiskey Rebellion, an armed revolt against the federal government’s power to tax. President Andrew Johnson also issued thousands of pardons to ex-Confederates after the Civil War. A more modern example is President Jimmy Carter’s grant of amnesty for draft-evasion during the Vietnam War. The rationale has been to move forward and not remain mired in retrospective criminal proceedings.

The examples are spurious.

They all involved putting an end to crises which were already over and done, and to extend mercy to enemies were both clearly defeated and represented approximately zero risk of recidivism.

A similar action in the case of Hillary would not satisfy these two conditions. It would be for two purposes, both counterproductive or criminal—

First, to make it possible for the perp to continue her career of crime, corrupting and perverting public and government institutions as she pleases; and

Second, to protect her unindicted co-conspirators … like Obama himself. Nobody ever suspected that Ford had been involved in whatever the hell it was Nixon had been up to and what he’d been covering up; the pardon would not be of great benefit to Ford himself. It’s not plausible that an honest observer could say the same about Obama.

Granting Hillary a pardon would certainly cement Obama’s legacy. He’d be the first President to formally pardon a candidate under active criminal investigation(s) so that she could replace him as President. That would cement her guilt in the eyes of the public…you don’t issue pardons to people who haven’t violated the law.

Yes, and that’s exactly what I predicted months ago. The excuse will be: “We need a strong President right now. She won’t have a chance to effectively govern with this hanging over her head, so … Besides, we had an election, and she won.”

President Hillary Clinton then appoints President Obama to the Supreme Court so that he can ensure that the Imperial Presidency’s new, extra-constitutional powers remain intact.