Authorities do not think its terrorism. 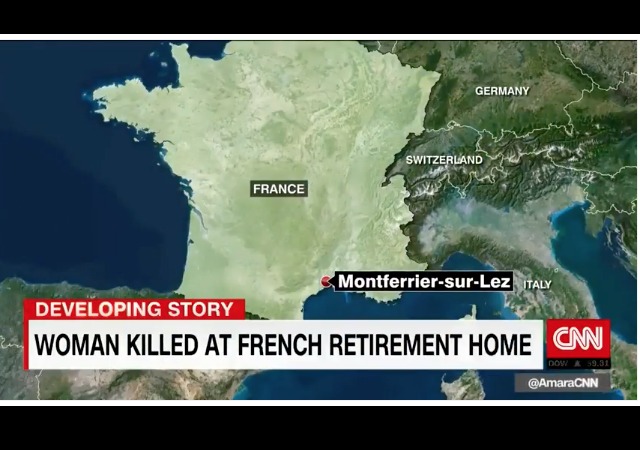 French authorities have begun a search for a man who murdered a woman at a retirement home for priests in southern France. FRANCE 24 reports the police have identified the suspect, but no one mentions his name:

The man, brandishing a sawn-off shotgun and a knife, tied up and killed the woman who worked at the home in the village of Montferrier-sur-Lez near the city of Montpellier, a prosecutor said.

More than 70 men and women, most of whom served as missionaries in Africa, live at the home.

A helicopter was seen flying over the area, scanning the ground with a giant spotlight.

Investigators so far had no evidence to suggest the attack was terror-related at a time when France remains under a state of emergency after a number of Islamist atrocities, including the murder of an elderly Catholic priest in July.

“For the time being, there is only one victim,” Montpellier prosecutor Christophe Barret told AFP. “For the moment there is no particular evidence about the motive for this crime.”

“Nothing is pointing towards the motive” of the killer, he added.

France has remained on edge since January 2015 when terrorists attacked the offices of Charlie Hebdo. Since then, 238 people have died in terrorist attacks in France. While police do not know the motive, The London Times mentions that this “village is close to Lunel, a small town notorious for radical Islamist preachers and a high number of young people who have left to pursue jihad in Iraq and Syria.”