Amazing how prosperity grows in the absence of government 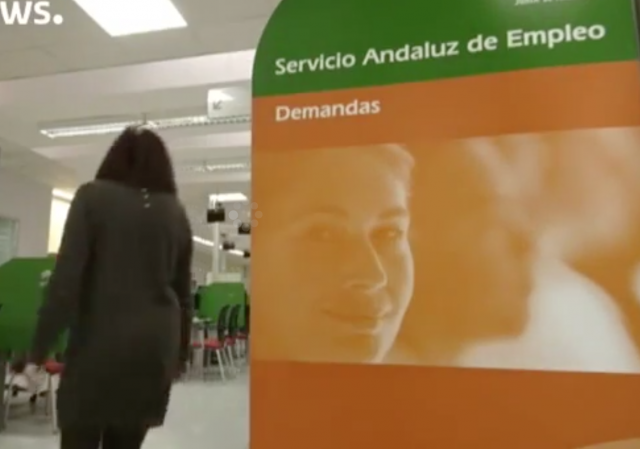 The Spanish government has scarcely budged an inch these past ten months. The result? Economic growth and a falling jobless rate.

Though Spain’s unemployment rate remains one of the highest in Europe, it dropped to its lowest in six years.

Spain’s unemployment rate has dropped to 18.9 percent in the third quarter from 20 percent in the previous three-month period, the lowest rate in six years and welcome news for acting premier Mariano Rajoy as he looks to begin a second term in office this week.

The National Statistics Institute said Thursday the number of people out of work fell by 253,900 July through September to a rounded total of 4.3 million.

Reducing the unemployment rate, the second highest in the European Union after Greece’s, had been one of Rajoy’s main promises in government since 2011.

Spain’s central bank expects the country to expand by 3.2% this year, among the most robust growth rates in Europe, which has created more jobs.

As more Spaniards have gone back to work, they have been spending more, boosting consumer spending and further accelerating economic growth. Spain has been expanding since the economy returned to growth in 2013 after a deep recession.

Tim Worstall of Forbes with the win:

We do need to have a government, there really are things that have to be done and decided at that level. But it’s not true that direct management of the economy is one of those things. As our two examples show, not having a government might even be beneficial as it reduces the number of things that governments do to prevent the economy tootling along.

Not that we should expect the governments or policy makers to agree with us. If the idea generally caught on then we might start to ponder whether we need quite so much governance or policy making–or governors and policy makers. And that would never do, would it?

One of those Good News/Bad News things

Good news: Spanish unemployment is down.
Bad news: to 18.9 percent.

Be careful what you wish for …..

Yeah, the US was always such a miserable place before the federal government got their mitts into everything and fixed it for us.

Yep, the didn’t do nothing. Just one easy example off the top of my head – The Interstate Highway System.

Here’s a favorite of mine, but you might find it controversial – The Clean Water Act. The Hudson River is clean now – 40 years ago it was a cesspool (literally).

Ah yes, the common defense. One of the few things that the federal government should be worried about. Like so many military investments, the interstate highway system produced great ancillary benefits besides the common defense.

Can you imagine the shit storm, pardon the pun, that would rain down from the twitterverse on parties illegally polluting a river in today’s day and age? In fact, it lit up like a Christmas tree the last time a river was terribly polluted by…. wait a sec….who was it that polluted the Animus River again?

You just got to love it. I can hazard a guess about why the Animus River is the only spill you care about.

Logical errors even my dog doesn’t make. Why am I not surprised?

That’s too true. It’s like Obama’s ‘recovery’… so MANY months of positive growth… but very small growth after such a large fall would be almost impossible to stop.

That’s not to say he’s not TRIED… but when he takes credit for that long stretch of unimpressive growth, I just shake my head. Be proud, Democrats… be proud.

Oh my my my.
A thinly disguised story about how Hillary winning the president would not be so bad as long as we keep the House and the Senate.

The big difference being that the democrats have figured out a way to get around divided government. It’s called “use executive oprders far beyond the scope that they were ever meant to be used”.

The sad news for the US this pre-election day is that we have two people running who both LOVE a central planning, BIG GOVERNMENT model.

What about all those “Green Jobs” Spain was touting?

Rag: “we have two people running who – ”

That is the rhetoric of Hillary supporters. They try to downplay her corruption by gaslighting us that “both of them are corrupt”

But the difference is that only one of them is above the Rule of Law. Hillary Clinton just quashed an FBI investigation and destroyed their credibility. The FBI… Trump doesn’t even begin to have that kind of power and influence.

So what did you sell us out for?

My comment was about the common economic policy the two Collectivists share, which was apropos to the subject of government intervention and its effect on job formation. It is also perfectly true.

Your trolling personal attack on me went far afield in order for you to lie about me in your bullying attempt to silence me.

Your comment was about how both are “just as bad, just as corrupt”. You have engaged in this line of attack all over this blog in the last 3 months (I checked). So, while your comment above is only about economic policy, it dovetails with your more general argument that “both are just as bad”.

So my criticism of you stands.

And is it not true that you prefer Hillary over Trump?

You are just a lying little troll. I’ve never compared the two, and never had to. Both are unfit. Once you realize that, the analysis is over.

At least when you don’t live in the world of magic thinking you occupy.

Rag: “I’ve never compared the two, and never had to. Both are unfit.”

My bad, under our Diversity Policy, you get bonus points for being a graduate of the Sally Struthers School of Law. So we are required to give you one hint:

“Applicant A is not qualified for this position.”

“Applicant B is not qualified for this position.”

“But how do you feel about these applicants as compared to each other?”

Hillary also is a fan of bigger, but in bigger payoffs, daisy-chaining big failures so that each failure allows her to push a ‘fix’ that only makes things worse, and a bigger proportion of power over us under her control. There’s very little ‘voluntary’ in her view of the world.

All in all, I’d rather have somebody who’s trying to sell me a used car than somebody who has chained me to the steering wheel before pushing it off a cliff.

My point was more about the FACT that you can’t insert a knife between Bernie Sander’s trade and business plan and that of Der Donald.

It’s just the dogma of the AFL-CIO for the last several decades.

BIG GOVERNMENT will control the economy, and will tell people who they may or may not trade with and where they may use their property.

All of it ANTI-liberty and ANTI-markets.

All the same Collectivist doggerel.

Rag: “the FACT that you can’t insert a knife between Bernie Sander’s trade and business plan and that of Der Donald”

Only if you had you had used the word “literally”.

Then your statement would be true.

Yesterday you were all about freedom of speech, even your own speech where you slime my dead father for kicks. And when people asked you to be banned, you complained.

But today, here you are supporting a ban of people you don’t like?

Which is it? Just for future reference. Or, like your Establishment goons, do you not have to abide by the rules you inflict on others?

“And when people asked you to be banned, you complained.”

Nope. That’s you lying again. I haven’t “complained” once, being that I was unaware of the campaigning going on. Please, ask the Prof.

You’re time here is limited by your trolling behavior, not by anything I will do or say, you lying little sack of filth.

I guess if a single anecdote is proof, then no one should have a problem with accepting the reality of Global Warming. It sure was hot this summer.