German guest house refuses to serve Israelis: “Our apartments are not for them”

German guest house refuses to serve Israelis: “Our apartments are not for them”

Incident comes amid rise in antisemitic hate crimes in Germany 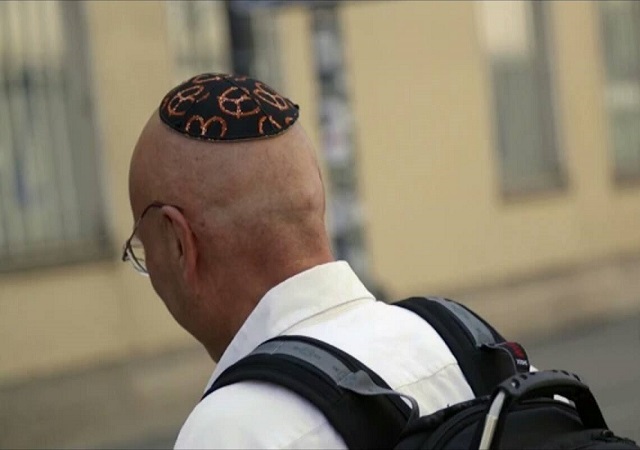 A guest house in Germany’s Black Forest region caused an uproar on social media after it turned down Israeli guests saying, “Our apartments are not for them.” Communicating through an online booking service, guest house instructed Israelis to “cancel the booking.” Four Israeli families were hoping to book apartments at the guest house while planning a trip to Germany next summer.

City officials and regional press are trying to downplay the incident as a misunderstanding, but the incident comes in the backdrop of rising antisemitism and antisemitic hate crimes in Germany. Earlier this year, Kempinski-Hotel in Berlin removed Israel from its phonebook. A hotel employee had explained the decision saying, “Majority of over clients are Arabs and they told us to remove Israel.”

A guest house in Black Forest has refused to serve guests from Israel and provoked a heated debate. A sternly worded refusal to a group of tourists has exposed the picturesque Mattenhof Zell am Harmersbach to wide-spread  indignation in the internet. In Facebook and Twitter the picturesque Black Forest guest house, that promptly apologised, is being accused of antisemitism. That is a catastrophe for those working in tourism in Black Forest — after all, the business is booming with guests from Israel. Each year more and more tourists come to the South-West [Black Forest region].

“We Don’t want have Guests from Israel,” responded Mattenhof, in broken English, to a query send by several families over an online booking platform. The second sentence reads, “because our appartments are Not for them.” [Author’s translation; Typos as in the original text]

The reaction on social media prompted the Netherlands-based hotel booking website to block the Black Forest guest house. The city of Zell am Harmersbach has also removed the establishment from its hotel listings.

According to German authorities, nearly 1,400 anti-Semitic hate crimes were registered in 2015. German MP Volker Beck had accused the authorities of under-reporting antisemitic crimes in order to hide the real extent of Antisemitism in Germany. Incidents targeting Israel or Israelis are often not counted as anti-Semitic crimes.

In 2014, when 3 Palestinians were arrested for fire-bombing a synagogue in the Western German city of Wuppertal, the trial court refused to see any antisemitic motives behind the crime and the arsonists walked free from court on probation. The judge regarded the crime merely as an attempt to “call attention” to the Gaza Conflict between Israel and the terrorist outfit Hamas.

Mass-migration from Arab and Muslim countries only compounds Antisemitism in Germany. Head of the Central Council of Jews in Germany, Josef Schuster has been warning about the safety of Germany’s tiny Jewish community in the wake of uncontrolled migration. “Many refugees are fleeing the terror of the Islamic State and want to live in peace and freedom, but at the same time they come from cultures in which hate towards Jews and intolerance are fixed components. Don’t only think about the Jews, think about equal rights for women and the treatment of homosexuals,” Schuster said in November 2015.

European history teaches us that Jews are the proverbial canary in the continental coal mine. Like the dying canary warned the miners of rising toxicity, Antisemitism has always a reliable indicator of cultural decay and impending disasters in Europe. Resurfacing of Antisemitism in the heart Europe should concern us who care about the future of the Western Civilisation.

[Author is an Indian analyst based in Germany]

The Nazis are back.

No, just floating back up to the surface, like you-know-what in the sewer.

The world won’t save them from themselves this time. Either they act right or go down the tube with all their new Jew hating Muslim citizens.

To think of the sacrifice of “our boys” for Europe and now see the sh*thole it’s rapidly becoming. It’s sickening. And, it’s a warning to us in America.

“A hotel employee had explained the decision saying, “[The]Majority of our clients are Arabs and they told us to remove Israel.”
————-

What I find truly disturbing is, increasingly, how easily and unabashedly some people will just roll over and passively countenance anti-Semitism, if it is deemed to be expedient to do so, or, economically beneficial to do so. Morality, or, some sort of modicum of a non-discriminatory ethos, doesn’t enter the picture, apparently.

What’s happening here illustrates rather precisely what the dangers of unfettered immigration in Europe, are — to wit, that craven, self-serving everyday people — not just politicians, of whom such conduct is expected — begin to modify their conduct in order to kowtow to the anti-Semitic expectations and bigoted, hate-filled dictates of the immigrants.

As near as I can figure, this is wholly illegal under German Law.

While technically, the ‘Racial Equality Directive’ (Council Directive 2000/43 3) adopted on 29 June 2000 outlaws discrimination in access to services based on one of the grounds listed in Article 19 of the Treaty on the Functioning of the European Union (TFEU) (ex-Article 13 EC) only for member state nationals and not for third-party nation citizens, it seems that German Law on the matter goes farther.

It appears that German Law prohibits discrimination on grounds of race and ethnic origin, regardless of whether it pertains to bulk business or not.

I wonder about German insurers. Would they favor Israelis or potentially “stabby” Islamists as guests on property?

“The city of Zell am Harmersbach has also removed the establishment from its hotel listings.”

That’s a nice start. I can think of further steps to take. Start taking them … one step after another, until you get where we should all be in the 21st Century for Chrissakes!

If this had been said to a muzzie, all hell would break loose. This hotelier would be in jail.

From what I read elsewhere, an uprising against the “refugees” is starting to bubble up from the masses. Merkel is about to get the boot, methinks.

Well this is obviously a hate crime and hate speech by German Law, I am sure charges are being filed as we speak!……Hey, stop laughing…..I’m serious, stop laughing!

What do you expect of a country that sponsored the Holocaust and the Munich Olympic massacre? It’s amusing, in a sick joke sort of way, that Merkel thinks she’s the conscience of Western civilization.

It’s ironic as my nomme de intertubes is Arminius. Or, ermann the German. Technically I’m mostly Italian and only one eighth German, but considering that 25% of the population of Italy was, at various points during the empire comprised of slaves working the latifunidia I don’t really know my history. So I consider it a good thing Arminius gave the Romans a good @$$ whooping.

But I’ve been pretty much disgusted with the Germans since 9 A.D. No wonder that side of the family ditched the place.

Hermann. Sometimes the keys on my laptop just don’t work like they’re supposed to.