Terrorist attacks have killed 230 in France since January 2015. 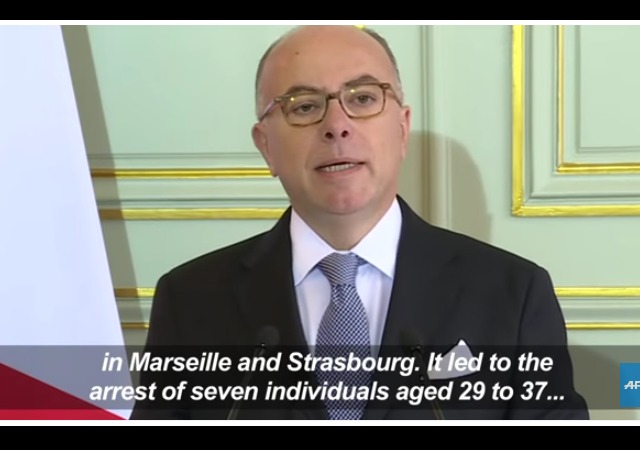 The suspects were arrested in Strasbourg and Marseille over the weekend. Interior Minister Bernard Cazeneuve said that six of the seven men were not on intelligence services’ radar. He added that the arrests prevented “a terrorist act that had been envisaged for a long time.”

The suspects were of French, Moroccan and Afghan and their ages ranged between 19- and 37-years-old. The Director General of Interior Security had been following the group for eight months and the group was awaiting an arms delivery.

“Yesterday, a terrorist act on our soil that was being prepared for a long time was foiled thanks to the work of the DGSI,” Cazeneuve said in a statement, referring to the internal intelligence service.

“The scale of the terrorist threat is enormous and it is not possible to ensure zero risk despite everything we are doing.”

The minister gave no information on the target of the planned attack. The mayor of Strasbourg said it appeared the plot had not concerned his city but rather “the Paris region”.

A source close to the inquiry told Reuters that some of those detained had spent time in the Syria-Iraq region.