He came in third in votes. 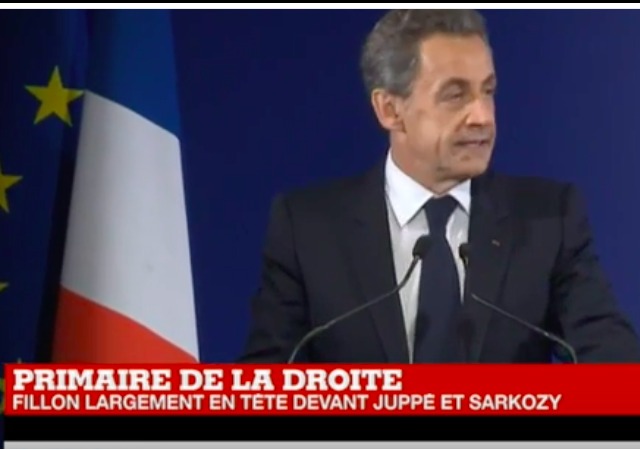 Ex-French President Nicolas Sarkozy’s attempt to become president again has ended in the primary. He endorsed moderate François Fillon as he conceded.

The former French leader’s elimination in the first round upends a conservative primary that is set to have sweeping consequences in France. Polls show the winner next Sunday would be best placed to win the presidential election in May against the far-right National Front’s Marine Le Pen.

Mr. Fillon and Mr. Juppé will now advance to a runoff next Sunday. Mr. Sarkozy, who conceded defeat late Sunday, said he would throw his support behind Mr. Fillon. “It is time for me to attempt a life with more private passion and less public passion,” Mr. Sarkozy said.