It was too good to check, but media should have before running with the story 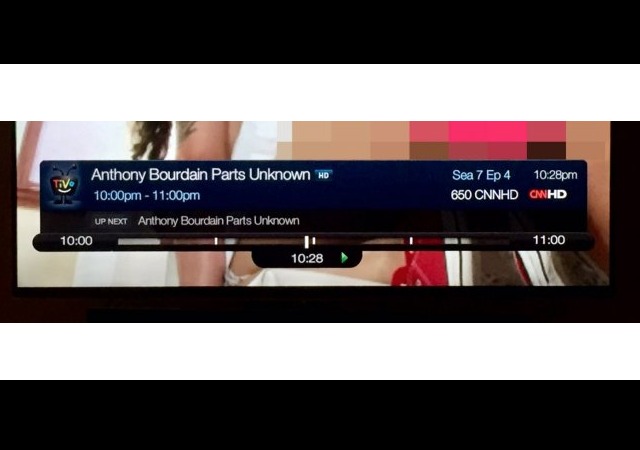 “We are in the process of researching this incident but see no evidence our CNN network feed was compromised last evening in Boston,” Jeff Carlson, svp and general manager, RCN Boston, said in a statement to THR.

The account @solikearose has protected her tweets, but she shared pictures of her TV to BuzzFeed News to prove that she did not fake this story. Turns out a glitch may have caused it.

She has since turned her Twitter account private after receiving “a lot of hateful stuff” from people who accused her of perpetrating a hoax.

“People [accused] me of faking the story and creepy men sending me dick pics and sexual messages,” she said. 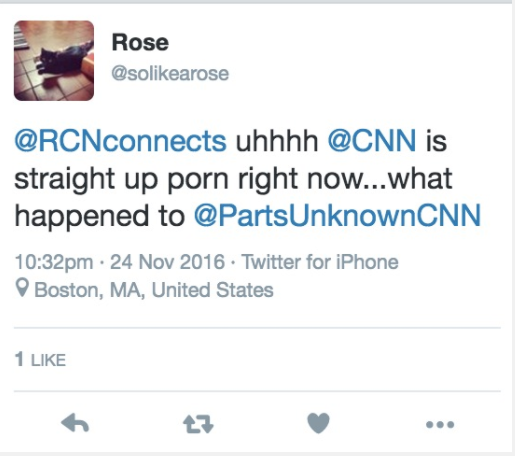 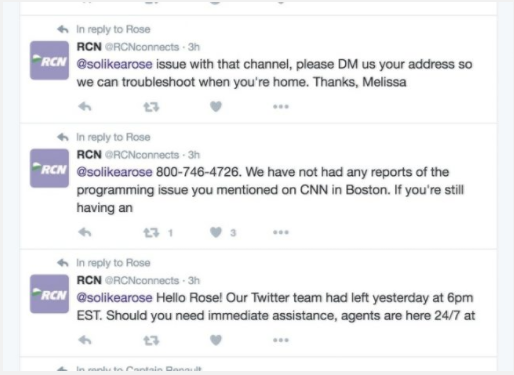 Based on extensive searches through Tweetdeck for varying terms, it would appear as if only @solikearose Tweeted about the ordeal, something that seems incredibly unlikely for an 11 p.m. Thanksgiving Night snafu of disastrously epic proportions on CNN. Otherwise I’m relatively sure we would have seen a ton of “Blitzer? I hardly know her!” Tweets as it was happening.

This is one of the original reports about the incident:

Boston viewers who tuned into CNN on Thursday night at 10pm EST (4am GMT) were expecting to catch an episode of the popular travel and food show Anthony Bourdain: Parts Unknown, but much to their surprise, they were subjected to 30 minutes of R-rated pornography broadcasting live on the CNN channel instead.

However, this was not something that the CNN news broadcaster was responsible for – the channel was being maintained and provided in the region by RCN, a major cable TV provider based in New Jersey that offers hundreds of TV channels relating to movies, sports news and children’s programming, as well as premium on-demand channels and streaming TV on TiVo.

sorry thought it would embed

Hmmm.
Give new meeaning to “Clap for the Wolfman”

It was probably just an interview with Anthony Weiner.