This should be fun… 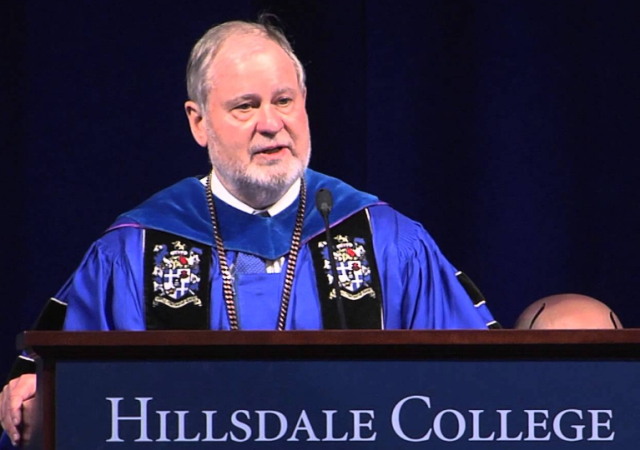 Larry Arnn is the president of Hillsdale College. Liberal heads will explode over this.

Hillsdale College President Larry Arnn is being considered by President-elect Donald Trump to head the Department of Education in his new administration.

“Names fly around at light speed. Mine is one of the minor names. This is not the first time this has happened to me,” Arnn wrote in an email to Hillsdale’s campus newspaper on Thursday.

“Some people of influence would like for me to do it,” Arnn said of filling the education secretary post, noting that he has not formally been asked by the president-elect’s team if he is interested in the Cabinet-level position. “If those people decide to ask me, then I will make a decision. I will make no decision that I think would harm the college or result in my permanent separation from it.”

Arnn, a co-founder of the Trump-friendly Claremont Institute, has served at helm of Hillsdale since 2000.

The notion is intriguing. However, it strikes me that Hillsdale College President Larry Arnn flourishes as an educator in the academic world. How he might do as a bureaucrat is another matter, especially with an unwieldy agency as Education.

Professor Arn would be an exceptional choice…

Willing to do the job #NeverTrumpers wouldn’t.

I would love to see him at the helm- long enough to require all public schools to study the US Constitution (as founded) beginning in K! Get rid: cultural/ marxism, common core, Howard Zinn’s influence, IB, foreign funding of education in all US schools!
Perhaps by the end of Pence’s 2nd term, the Dept. of Ed. can be abolished if America’s schools are back on track?