“We talked about grief today.” 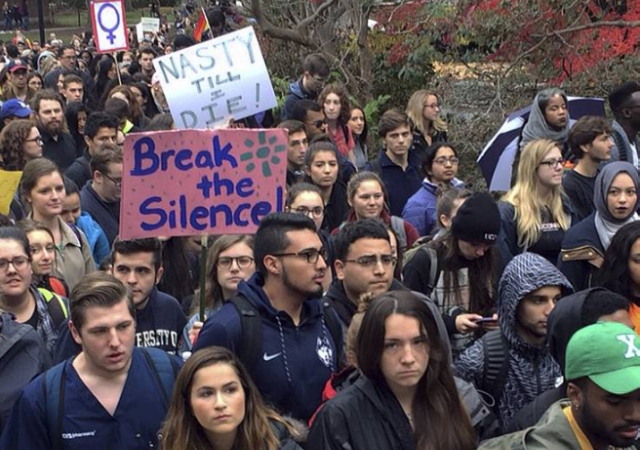 The irony in all this is that this is part of the reason Trump was elected. People are so tired of this.

Dozens of students at Cornell University gathered on a major campus thoroughfare for a “cry-in” to mourn the results of the 2016 presidential election Wednesday, with school staff providing tissues and hot chocolate.

At Tufts University, arts and crafts were on offer. And the University of Kansas reminded students via social media of the therapy dogs available for comfort every other Wednesday.

Colleges nationwide scrambled to help students process Republican Donald Trump’s stunning election victory. They’re acknowledging that many students were up late watching results and so may not be at their sharpest in early-morning lectures. More so, they’re responding to a widespread sense of shock and despair on campuses to the victory of a candidate who offended Mexicans, Gold Star mothers, Muslims and the disabled during the course of the campaign.

The touchy-feely approach won some catty comments from skeptics, calling students “snow-flakes” for their inability to handle the result. But schools said the concerns were real for many students.

“People are frustrated, people are just really sad and shocked,” said Trey Boynton, the director of multi-ethnic student affairs at the University of Michigan. “A lot of people are feeling like there has been a loss. We talked about grief today and about the loss of hope that this election would solidify the progress that was being made.”

Here is how the University of California is protecting and sheltering its students and employees.