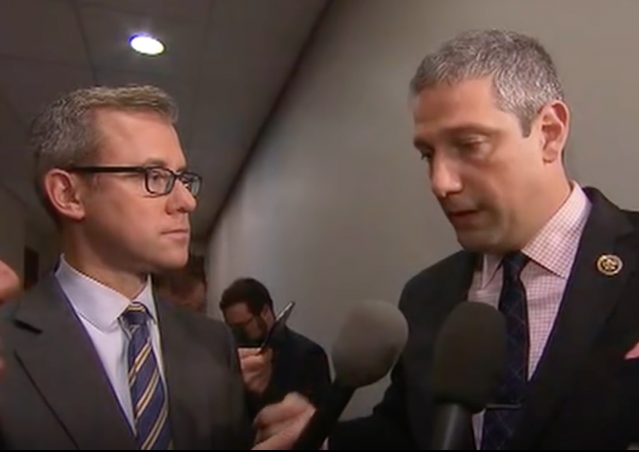 Senate Democrats aren’t the only Hill D’s reeling after the latest election. House Democrats, too, have struggled to collect themselves.

“Vote for me and I will dedicate all of my energy to lead us back into the majority. Our constituents deserve nothing less,” Ryan wrote.

Pelosi predicted she would easily beat back any challenge, asserting she already has the support of two-thirds of the Democratic Caucus.

Democrats could use some fresh blood. Bring on the challenge!

No, no, no, no, and no. Keep Nancy! She’s the best Democrat minority leader the Republicans have *ever* had.

Why not Debbie? She’s such a leader!

When you think of Youngstown/Mahoning county you think of rundown steel mills and factories, intransigent Democrats who vote Democrat no matter how much it hurts, and the mob. This is the best the Democrats can come up with???

Nancy’s family has prospered so well during her tenure, expect them and their friends to prop her up as long as she lives.