At Least 70 Killed in Plane Crash in Colombia

At Least 70 Killed in Plane Crash in Colombia 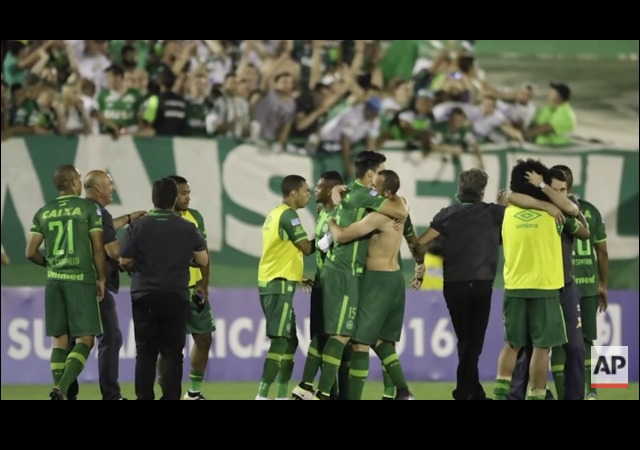 The plane was carrying 81 people when it came down in the mountainous region near the international airport, according to Police Commander José Gerardo Acevedo. The flight included crew, a number of journalists, and the Associação Chapecoense de Futebol team, a Cinderella squad enjoying its best season.

“The information indicates that at the time [of the accident], the airport was operating in a normal way, there was surveillance and positive control on this flight,” Col. Sánchez told the radio station. But at 21:54 p.m. local time, radar tracking and communication with the aircraft were lost, he said, according to the radio report.

The Bolivian LaMia airline aircraft was carrying 72 passengers and nine crew, Colombia’s civil aviation authority said in a post on its official Twitter account. The aircraft was identified by authorities as an Avro 146 jetliner, built by a predecessor to Britain’s BAE Systems PLC.