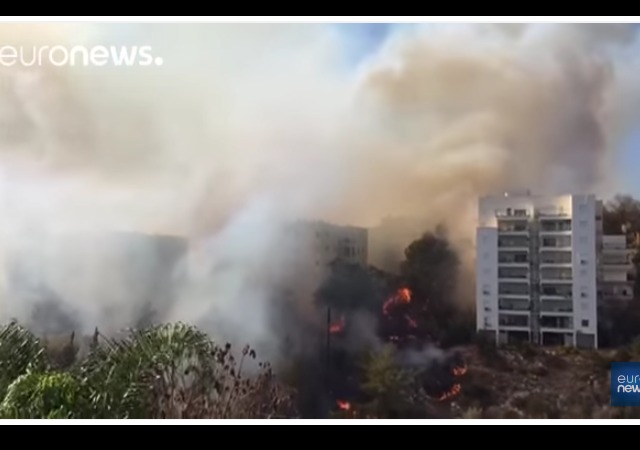 The Arab world has taken to social media to celebrate a massive brush fire that continues to destroy northern and central Israel. The Times of Israel notes they use #israelisburning to express their joy, moving it to the third most popular hashtag in the world.

#israelisburning You got what you deserve. Have fun. ??

Authorities have moved out 60,000 people from Haifa, Israel’s third largest city, as the fire burns. The fires are “threatening homes near Jerusalem and in the West Bank.”

But these people do not care that people’s lives are in danger.

Thankfully, not all feel this way:

Professionals have determined arson started the fire. The Israeli government has asked foreign governments for help:

Firefighting planes and teams from Cyprus and Greece have already arrived, and the Israeli police and Foreign Ministry have said that more help is on the way from Croatia, Italy and Turkey.