The island is on watch for tsunamis. 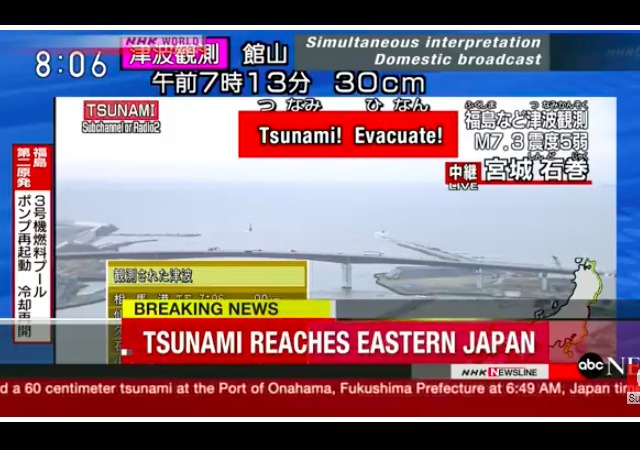 The Japan Meteorological Society has issued a tsunami warning for Japan after a 7.3-magnitude earthquake hit the island. The U.S Geological Survey put the earthquake at 6.9:

The Japan Meteorological Agency said the magnitude 7.3 quake struck around 6 a.m at a depth of 6 miles. The U.S. Geological Survey measured the magnitude at 6.9. The earthquake shook buildings in Tokyo, 240 kilometers southwest of the epicenter.

Firefighting officials in the city of Iwaki told NHK a fire broke out at a petrochemical complex in the district of Nishikimachi, but they have extinguished it.

A municipal official in the city told NHK so far, there have been no reports of damage from the quake in Iwaki, or changes to the sea level according to their observation by cameras.

According to Reuters, Tokyo Electric Power Co was checking its nuclear plants in Fukushima for damage. The utility reported that there was no damage to its Onagawa nuclear plant.