Why Should Christians Care About Israel?

Why Should Christians Care About Israel? 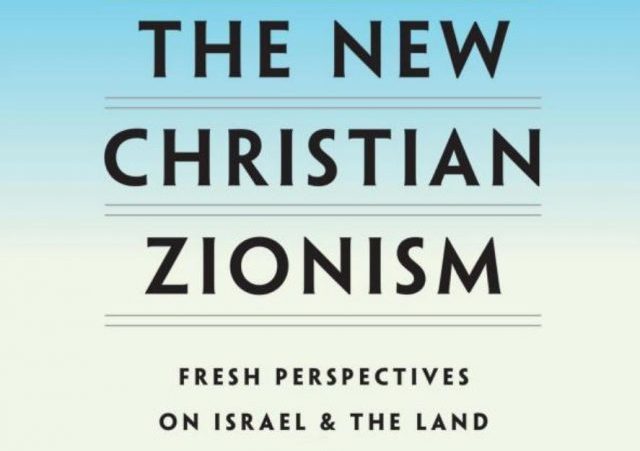 From the Philos Project, in connection with the release of the book The New Christian Zionism: Fresh Perspectives on Israel and the Land.

“Christians should care about the State of Israel because they care about the Jewish people—not the other way around… Christians and Jews share common origins. We come from the same place. We share a text. No other two religions in the world share an actual text. The Jews have been keeping that text and disseminating that text for thousands of years, and we Christians read from it every Sunday.” — Philos Project

Do Jews support a Christian hegemony in the U.S.? I’m afraid the answer is an emphatic no. Do Jews support the cultural dominance of white Anglos in the U.S.? Once again, no they don’t. Any support given to Jews in Israel is not reciprocated by Jews in America.

Since American Jews overwhelmingly voted for the most anti-Israel candidate possible (Obama), I stopped caring about Israel. Sure, it would be nice to visit, but Christianity is not dependent on any particular land mass like Judaism or Islam is. Why should I care more for Israel than your typical American Jew?

I expect this comment to be censored, but I feel the American Jews need to take the beam out of their own eyes before worrying about the speck in American Christian’s eyes.

” Since American Jews overwhelmingly voted for the most anti-Israel candidate possible (Obama), I stopped caring about Israel. ”
There were Jews who did not want to plead with Franklin D. Roosevelt to do something about the plight of Jews in Europe at the time of WWII because of the fear of a backlash from
anti-semites at home, and there were British Jews who were against the Balfour Declaration for fear of being sent packing to the newly formed state.
How selfish can people be to not aid those in need?

I think you should make a distinction between people who merit caring about and those who do not.
From my point of view, in today’s world, many Jews and Christians, have sold their birthright for a mess of pottage.
How the lessons of the bible ring true today. If only people would see that they were warned but, yet keep making the same mistakes.
If you are a Christian then there are the teachings in the Gospels about caring for others.
Despite the behaviour of some Jews in America, their country has derived much from that tiny group of people.

Interesting vid, but a lot of Christians, at least American ones, believe not only that Jews are God’s chosen people but that He explicitly and forever gave and promised to them the land of Israel, a land He deemed “Holy.”

It’s all the same, in other words, not that we support Israel first or the Jewish people first; there is no daylight between them for many Christians. God said that Jews are his chosen people and that the land of Israel is His promise and eternal gift to the Jewish people. Not one, not the other.

I’m not explaining this very well, but God loves Israel and her people equally well, and we respect and value His Word on the Jewish people: “I will bless them that bless thee, and curse him that curses thee” (erm, somewhere in Genesis, I think).

We don’t, in other words, see Israel as at all separate from the Jewish people . . . or from ourselves and what is to come.