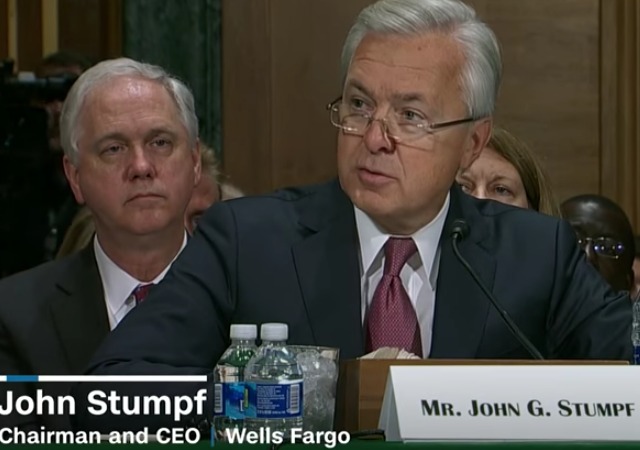 Stumpf said that he was “grateful for the opportunity to have led Wells Fargo” and is optimistic about the bank’s future.

“While I have been deeply committed and focused on managing the Company through this period, I have decided it is best for the Company that I step aside,” he said in a statement.

A spokesman for Wells Fargo said that there will be “no severance payment or agreement related” to Stumpf’s departure.

“There are some retirement benefits that are detailed in our proxy statement. They are not accessible for the next 6 months. That is a normal lag time,” the spokesman said in a statement.

[Lead Director Stephen] Sanger said in a statement that while the retiring CEO helped create “create one of the strongest and most well-known financial services companies in the world,” Stumpf “believes new leadership at this time is appropriate to guide Wells Fargo through its current challenges.”