“I can’t believe you guys are actually people.” 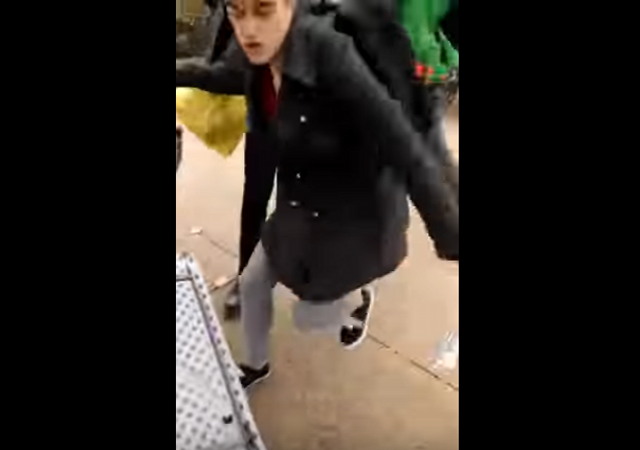 Students at the University of Pittsburgh who are also Trump campaign volunteers were sitting at a table with literature on campus when another student appeared out of nowhere and flipped over the table.

The Pitt Maverick has more:

Trump supporters at Pitt got more than they bargained for outside of Hillman Library today, where an aggrieved student flipped a table with Trump campaign merchandise.

Beginning around noon, Matt Kerlin, an unpaid volunteer for the Trump campaign and a student at the University of Pittsburgh, set about engaging students walking to and from class on the Hillman Library sidewalk on Bigelow Boulevard.

Distributing stickers, koozies, and literature, Kerlin was relieved to have attracted many fellow students who pledged to vote Trump. Many students were also relieved to finally have Trump represented on campus amongst the Hillary Clinton campaign and NextGen Climate tables that frequented campus sidewalks.

Surely enough, Kerlin and fellow tabling participants were met with remarks by students such as “f*uck the white male patriarchy!” and “I can’t believe you guys are actually people.” Shortly following, students began to behave aggressively.

“I can’t believe you guys are actually people.”

And that’s the problem in a nutshell. The hard left had decided anyone who opposes them isn’t really a person, but an animal and this allows them to do whatever they want to them.

We’ve seen this before and it hasn’t worked out well.