Academics not high on the list; instead, focus on Sharia law 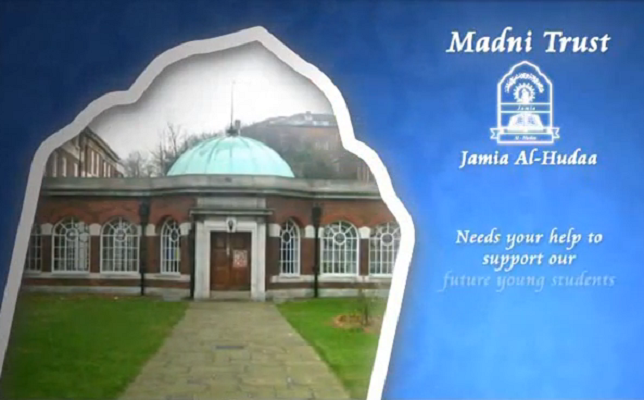 Jamia Al Hudaa, an Islamic school in Nottingham, is facing possible closure in two years after the 2014 allegations of a former pupil indicated that the school taught Sharia law, excluded British values and balanced views, and was light on core academic subjects.

An Islamist girls’ boarding school which taught that men could beat women and that gay men could be killed faces closure after a student whistleblower exposed its worrying practices.

Aliyah Saleem was expelled in front of the entire school in 2011 just for owning a disposable camera.

Following her expulsion Ms Saleem spoke out about her treatment at Jamia Al Hudaa girls’ school in Nottingham, saying she was not taught geography, history, art or music.

Instead, she was taught that death sentence could be given to gay men; that Jews and Christians make Allah angry; and that men should be allowed to beat their wives.

. . . . The inspection also found that the school does not promote balanced views or British values, and pupils can access ‘books that have been written by controversial authors, for example by one who is not allowed to enter this country’.

. . . . An Ofsted spokesman said the balance of the curriculum was one of several areas that were assessed.

A school spokesman said: ‘The school takes all points relating to safeguarding as serious … and has policies and extensive risk assessments in place to promote British values.’

She claimed inspectors ‘did not show clarity of understanding and displayed lack of basic knowledge in regards to which books posed a risk … The school feels this is a very unfair judgment.’

Ms Saleem said until she left the school she ‘didn’t know about World War One or World War Two’.

‘The worst thing about the school was the national curriculum, it was restricted in every way possible,’ she told the Daily Mail last week.

It’s a lone wolf school. It has nothing to do with islam.