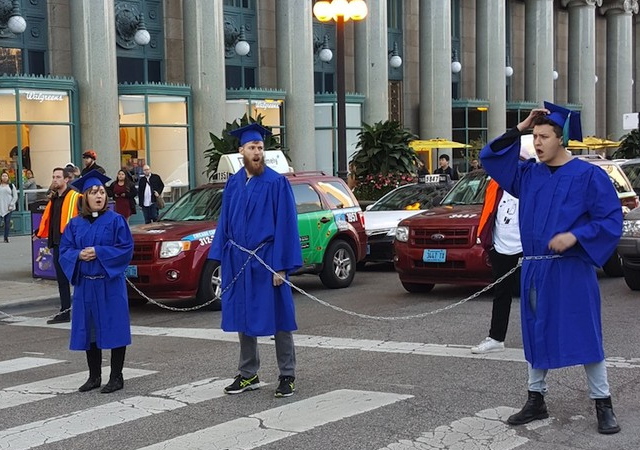 Two University of Chicago students were arrested at around 5 p.m. for blocking traffic on Michigan Avenue at a protest for free college education in Illinois.

Fourth-year Johnathan Guy and third-year Jessica Law were arrested in front of the Art Institute of Chicago. Wearing caps and gowns, Guy and Law chained themselves together with two other protesters. Another group of four protesters were also arrested.

We have to teach these students the peril of loitering on the street blocking traffic. Mt full-sized pickup truck versus a fragile 150 – 180 pound sack of skin, bones, blood, muscle, guts — which will survive the confrontation without damage? Call it a learning experience.

I am not advocating running them over (well, not publicly, anyway!), just gently pushing them out of the way with the best steel from Detroit.

If one is this stupid at this age, there is no hope. Names noted. Will watch for and toss resumes over coming years.