“We are already distressingly familiar with the Clinton way” 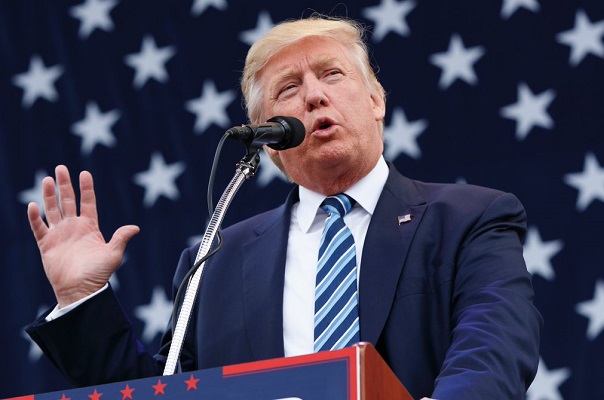 After receiving a good deal of mockery for not having won any major newspaper’s endorsement in this presidential election cycle, Trump finally has such an endorsement from the Las Vegas Review-Journal, Nevada’s largest newspaper.

Our allies on the world stage watch nervously as America retreats from its position of strong leadership leaving strife and conflict rushing to fill the void. The past eight years have pushed us $20 trillion into debt, obligations that will burden our children and grandchildren. The nation’s economy sputters under the growing weight of federal edicts and regulations that smother growth and innovation. Obamacare threatens to crash and burn. The middle class struggles. An administration promising hope and unity instead brought division.

Yet Hillary Clinton promises to lead us down the same path. She’ll cuddle up to the ways and perks of Washington like she would to a cozy old blanket.

Mr. Trump instead brings a corporate sensibility and a steadfast determination to an ossified Beltway culture. He advocates for lower taxes and a simplified tax code, in contrast to his opponent’s plan to extract another $1 trillion from the private economy in order to enlarge the bureaucracy. Mr. Trump understands and appreciates the conditions that lead to prosperity and job creation and would be a friend to small business and entrepreneurship. Mrs. Clinton has spent most of her adult life on the public payroll.

Of particular importance is the U.S. Supreme Court. The next president may be charged with filling multiple vacancies, shaping the court’s direction for a generation. Mr. Trump prefers nominees who recognize the Constitution’s checks on federal authority as a bulwark against tyranny. Mrs. Clinton would be a disaster in this regard.

. . . .  Make no mistake, a Hillary Clinton administration would indulge the worst instincts of the authoritarian left and continue to swell the bloated regulatory state while running the nation deeper into the red in pursuit of “free” college and health care.

Yes, Mr. Trump’s impulsiveness and overheated rhetoric alienate many voters. He has trouble dealing with critics and would be wise to discover the power of humility.

Mr. Trump represents neither the danger his critics claim nor the magic elixir many of his supporters crave. But he promises to be a source of disruption and discomfort to the privileged, back-scratching political elites for whom the nation’s strength and solvency have become subservient to power’s pursuit and preservation.

Who will be next?

“Mr. Trump represents neither the danger his critics claim nor the magic elixir many of his supporters crave.”

And, despite the undesirable episodes, I do believe he seeks and listens to counsel, especially on matters of counsel. The speech just given by him in Gettysburg is one that demonstrates this. One of the overriding questions concerning Donald Trump, at least for me, is what sort of team would he assemble and would he give it due consideration in his decision-making.