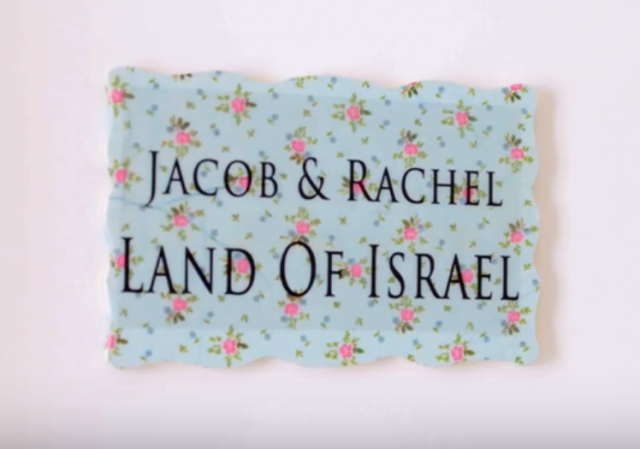 One of the foundational myths of the anti-Israel movement, including the Boycott, Divestment and Sanctions movement, is that Muslim Arabs are the indigenous people of all of what now is Israel and Judea/Samaria (the “West Bank”).

From that foundational myth comes such vile absurdities as UNESCO — at the instigation of the Palestinian Authority — excising the Jewish connection to the Temple Mount, which predates Islam itself as well as the Arab conquest of the region.

That foundational myth also allows BDS activists misleadingly to claim solidarity with truly indigenous people, such as native peoples in North America, and to hijack indigenous movements and repurpose them for the fight to deny Jews a homeland in the homeland of the Jewish people.

An article recently in the Middle East Quarterly examined historical first hand accounts of Arab immigration and migration, Were the Arabs Indigenous to Mandatory Palestine?

The assertion that Palestinian Arabs are the indigenous population is central in their dispute with Israel. The message is that Jews stole and now occupy the land of the indigenous Arab population. Rarely challenged, the claim is widespread…

To be sure, some Arabs are descendants of the indigenous occupants. But waves of immigration into the Holy Land brought Jews, Arabs, and others to the territories, to the point that most of today’s Arabic-speakers do not trace their roots back for centuries….

During the mandate period, Arabs from many lands flowed freely into Palestine while Jewish immigration was severely limited. The truth remains that the native Arab population in Palestine was relatively small before the first Jewish settlers made it an attractive and prosperous place.

The full article is here (pdf.).

The Israeli Ministry of Foreign Affairs recently released on Facebook a light-hearted video to demonstrate the history of the region, and how what are now called Palestinians are relative newcomers in the vast sweep of history of the region. Indeed, the self-identification of a Palestinian people separate and apart from other Arabs of the region is a result of the creation of Israel.

The video has over 1 million views, but I learned of the video from a furious review by Ben White, an anti-Israel author based in Britain. Writing in The Independent newspaper in Britain, White argues:

A new video published by the Israeli Ministry of Foreign Affairs (MFA) has prompted ridicule and accusations of distorted history and racism. The clip, presented by officials as a short history of the Jewish people, was made by an Israeli production company on behalf of the Israeli government, as part of the latter’s PR efforts.

The concept is straightforward enough: a Jewish couple – Rachel and Jacob – live in a comfortable modern home that represents the “Land of Israel”. The pair then experience a series of “invasions” by the likes of the Assyrians, Babylonians, Romans, Crusaders and Ottoman Empire. Finally, the British Empire arrives, to announce that their home is finally theirs – before, right at the end, two Palestinians appear at the door.

The video has been rightly criticised for its historical inaccuracies and racist caricatures: the Jewish couple remain in suburban jeans-ware throughout while, as critics have pointed out, “portraying non-Jews over 3,000 years of history as primitive barbarians” in stereotypical dress. Nor does it do any favours to Jewish history, depicting Jews as entirely passive, and entirely ignoring the existence of Jewish communities around the world.

But it is the video’s portrayal of Palestinians as illegitimate Johnny-come-latelies, who turn up after the State of Israel was established to take someone else’s home that has prompted most outrage.

The Palestinian citizen of Israel and Knesset member Ahmed Tibicondemned the video as a “ridiculous attempt to disinherit the Palestinians from their links and ties to their country and homeland”, adding that “Israel’s foreign policy is losing touch with reality.”

Here is the video.

I’m sure it hurts the feelings of some people. The truth often does hurt.

“‘portraying non-Jews over 3,000 years of history as primitive barbarians’ in stereotypical dress”

Doesn’t seem so stereotypical to me. The choice of dress is theirs entirely.

Here’s a couple of pictures from “modern” London,

I think considerable scholarship has long held that waves of Arabs moved into Palestine beginning in the mid to late nineteenth century., a generation or two in advance of large Jewish immigration.

Although I believe that Pally hate is largely driven by religious factors, there might be an argument that one powerful driver is simple nativism, much like that in this country during the 1850s.

well then maybe they should have had Jacob and Rachel preparing for a family reunion when the Palestinians came.