St. Louis U. Students Walk Out of Allen West Speech to Protest Use of Term ‘Radical Islam’

St. Louis U. Students Walk Out of Allen West Speech to Protest Use of Term ‘Radical Islam’ 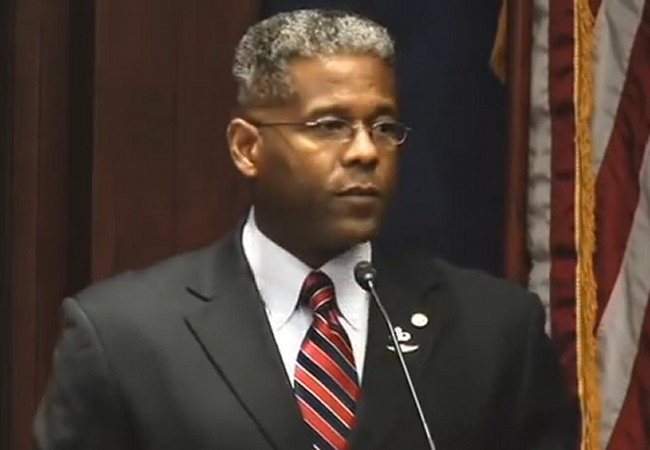 Give the left some credit. They’ve done an outstanding job of convincing many college students that it’s racist to name one of the greatest threats facing America.

More than 100 students walked out on retired U.S. Army Lt. Colonel Allen West on Thursday as he began a speech at Saint Louis University to discuss the threat of radical Islam.

The students protesters — led by the SLU Rainbow Alliance and the Muslim Students’ Association — had arrived early and filled many of the seats in the two-story auditorium where West was slated to speak. As he took the stage they stood up and filed out.

At issue is West’s use of the term “radical Islam” — also the subject of his speech.

Last week an administrator at Saint Louis University told the conservative and Republican students organizing the talk that they were not allowed to use the words “radical Islam” on advertisements for the event, reported Young America’s Foundation, which sponsored the talk.

In response, West wrote an article saying he had been “censored,” called modern college students who seek safe spaces “little cupcakes,” and added:

I along with the YAF activists will not back down from this challenge. And if this is just a case of ill-conceived political correctness, we’ll rectify that. But, if this is a case of the influence of stealth jihad radical Islamic campus organizations such as the Muslim Student Association, an affiliate of the Muslim Brotherhood, then you will be exposed. And I recommend to the President of St. Louis University, you do not want it known that a radical Islamic organization is dictating speakers on your campus — that is not the type of PR you really want.

I think I am going to start protesting the term “radical Islam” as well. There is no need to add the adjective “radical.” Islam is the problem, not “radical Islam.”

Somehow I don’t think the students will welcome me in their protest.