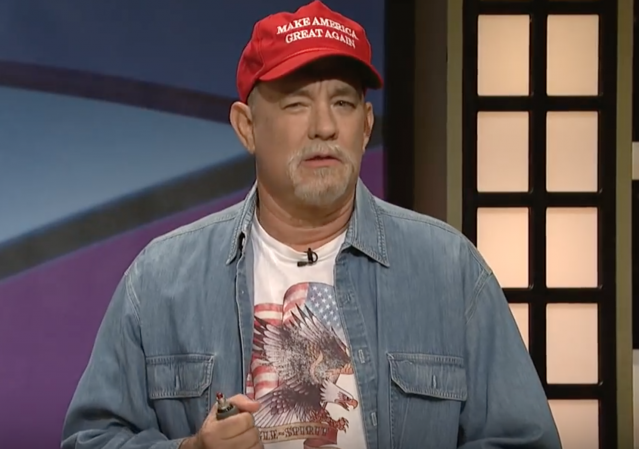 This one surprised me. I’ve grown accustomed to most cultural venues mocking anything Republican or right-leaning (though it could be argued Trump is neither).

But a recent ‘Saturday Night Live’ sketch called “Black Jeopardy” was surprisingly kind in its portrayal of what appears to be a Trump supporter, played by Tom Hanks. Hanks is the only white contestant and is dressed as a red “Make America Great Again” hat-wearing, good ‘ol boy. His answers to the Jeopardy clues are well received by both the show’s host and his fellow contestants…up until the very end.

Is that what passes for ‘humor’ nowadays? I don’t get it. It’s not funny.