Scarborough: My Dog Is Way Ahead of Trump With Black Voters

Scarborough: My Dog Is Way Ahead of Trump With Black Voters 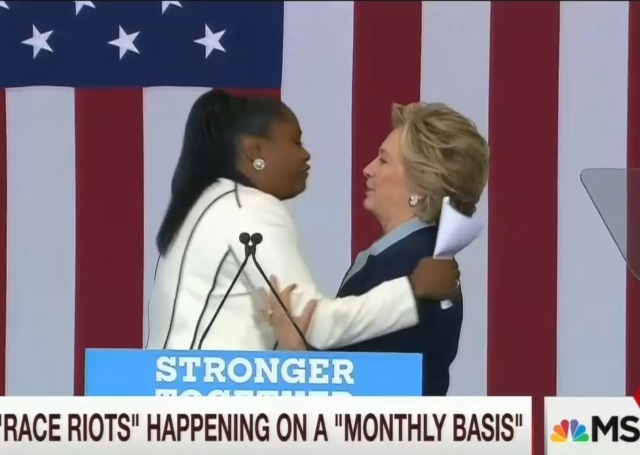 Joe Scarborough was probably just trying to make the point that Donald Trump is very unpopular with black voters, but he wound up saying something that some might view as insulting to African-Americans.

Interviewing Al Sharpton on today’s Morning Joe, he asked about the Rev’s view that Hillary has not been doing enough to appeal to black voters. As Sharpton prefaced his remarks by observing that Hillary is way ahead of Trump among black voters, Scarborough interjected “my dog’s way ahead of Trump among black voters.” It’s amusing to watch the video: as Joe gets to the end of his statement, it seems to dawn on him that he’s wandered down a dangerous path, but by then it’s too late so he plows ahead!

In fairness to Joe, for decades, there was the phenomenon of the “yellow dog Democrat,” the notion being that voters—largely white, Southern voters—would vote for a yellow dog over a Republican. Still . . . .

JOE SCARBOROUGH: You have expressed concern that Hillary Clinton’s not doing enough to energize voters the way Barack Obama did in ’08 and ’12. We’re a month out. Is she — has she got the memo yet?

AL SHARPTON: I think that she’s way ahead of Trump with black voters.

JOE: Well, yeah, I mean, my dog’s way ahead of Trump with black voters.

Just another Dog and Pony show.

But how does Mika feel about Joe’s dog?

Leg humping is the definitive symbol explaining the relationship between the Media and Hillary.

Of course. His dog is yellow.

I saw a poll that showed Trump running close to 20% with blacks in Florida and I saw personally quite a few at a Trump rally . The laugh may be on them .