Is it time to stop calling it that? 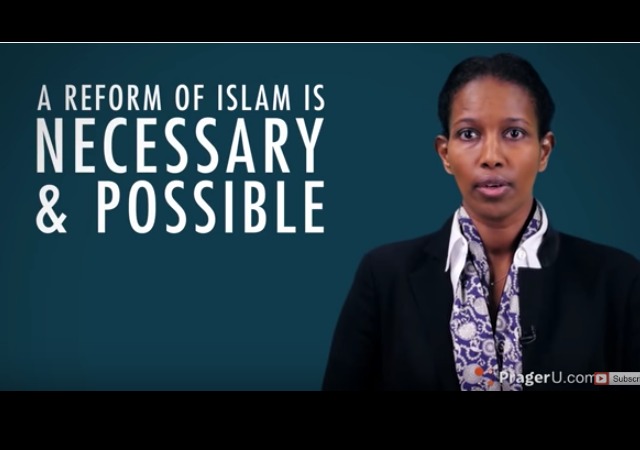 Somali-born author and activist Ayaan Hirsi Ali was raised a practicing Muslim, but broke away when her father arranged a marriage for her to a man she never met. In this video, she dispels the belief that Islam is a religion of peace because the Qu’ran calls Muslims to perform violent jihad, thus one cannot separate the two.

Thanks to Mary for posting this video, and to Ayaan Hirsi Ali for making it! Enjoyed it…