Oprah On Hillary: Vote for her, even if you don’t like her

Oprah On Hillary: Vote for her, even if you don’t like her 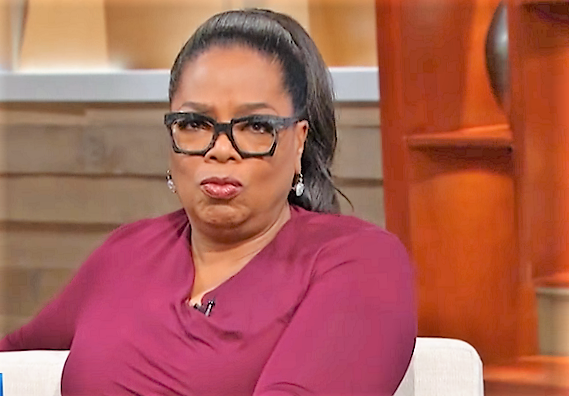 After famously referring to Obama as “the One” in 2007, Oprah saw a sharp and nearly immediate drop in her television ratings and in her popularity.  Undaunted, apparently, she’s decided it’s time once again to share her opinion about a Democrat candidate for president.

Oprah Winfrey has a message for anyone still undecided about the presidential election: Democratic nominee Hillary Clinton is the only reasonable choice ― even if you dislike her.

“There really is no choice, people,” Winfrey told T.D. Jakes during an interview on his namesake show on Winfrey’s OWN network. The full interview is set to air next week.

Not exactly the gushing promise of a new Messiah-type figure, but it’s something.  I guess.

Oh, no! If I have a serious medical matter and the best treatment I can get is by a doctor who is a SOB vs. getting mediocre treatment from a nice guy, I’ll go with the former. The fact is I don’t like Hillary Clinton and I think she ought to be in prison not POTUS. Based upon what I’ve seen and heard (discounting the mongrel media attack on him), I think Trump is more likable than he comes across and I believe he could be a decent POTUS.

I guess, by implication, Oprah thinks Hillary would be a decent POTUS.