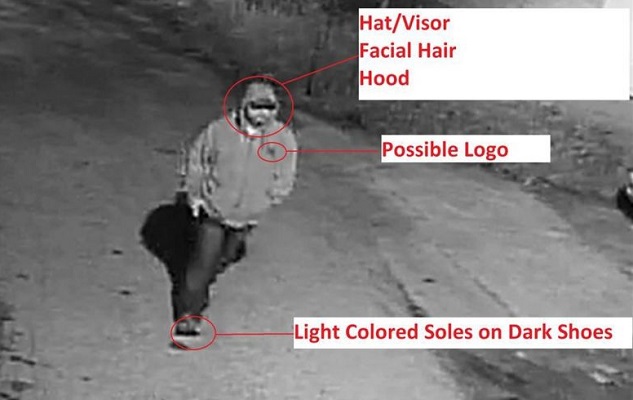 Described as “a white male with light brown hair and a “neatly-trimmed” beard. He stands about 5-foot-10- and has at least one tattoo.”

Authorities in northeastern Ohio, along with the FBI, are asking the public for help finding a suspected serial child abductor.

The suspect is wanted in connection with the kidnapping of a 6-year-old Cleveland girl this past May, as well as the attempted abduction of a 10-year-old girl in the suburb of Elyria this past February.

Investigators say the suspect is especially dangerous because he brazenly enters the homes of his victims early in the morning, while their parents are asleep.

. . . . Authorities also believe the suspect may be linked to other abductions in Cleveland’s western suburbs and think it’s possible he may reside in that area.

According to Cleveland.com, more than 200 local and federal investigators have worked on the case. The FBI has received more than 325 tips but none have panned out, a situation authorities say is extremely rare.

Authorities have posted images of the man and his car on billboards around the area, along with a composite sketch, but that hasn’t borne fruit, either.

“The sketch looks like half the guys in Ohio,” Anderson said this week.

The surveillance video shows the man driving a 2002 or 2003 dark-colored Chevrolet Malibu with a driver’s side quarter panel that is a different color from the rest of the car.

The suspect himself has been described as a white male with light brown hair and a “neatly-trimmed” beard. He stands about 5-foot-10- and has at least one tattoo.

If they couldn’t find a reason to indict Hillary, they will probably just hire the guy keep records or something meaningless like that.

Quarter panel a different color than the rest of the car? Also looks like half the cars in Northern Ohio…