After running Germany for over 11 years, Merkel gears up for another term 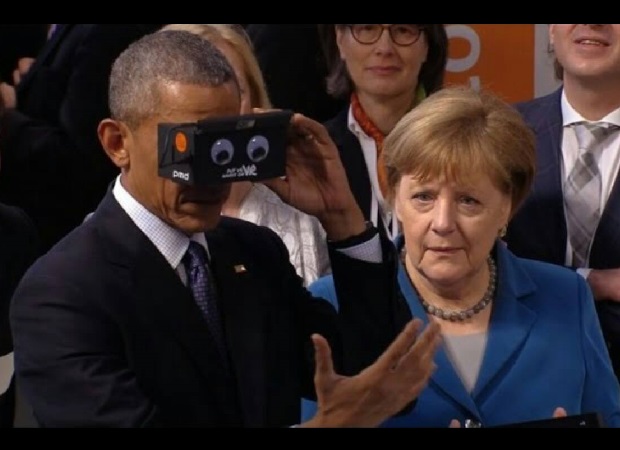 U.S. President Barack Obama has been lavishing praise on German Chancellor Angela Merkel ahead of his visit to Germany next month. The visit, announced earlier this week, comes as a surprise in Berlin. Obama was quoted by German media saying, “[Working with Merkel] was the most important relationship, the most important friendship I had during my tenure.”

These are no empty phases but heartfelt words of a true admirer. Earlier this year, President Obama declared Germany’s Chancellor to be on the “right side of the history” for opening up Europe to millions of migrants from Arab and Muslim countries — an honour he generally reserves only for himself.

Mutual affinity between Obama and Merkel are based on a shared ideology and worldview. Both reject the primacy of Western civilisation or that of Judeo-Christian values. They both prefer championing post-modern projects like Multiculturalism, Open-Borders and Global Warming rather than looking after the wellbeing of the people who elected them to their high-offices.

Barack Obama is going to visit Germany shortly after the U.S. Presidential Election. White House informed on Tuesday that President will be traveling to Berlin on November 16. Obama, coming from Athens where he lands on November 15 from Washington. He will be departing from Berlin on November 18 to the Asia-Pacific Summit (Apec) in Lima, Peru.

A further visit by Obama to Europe was not being expected.

Obama’s most recent visit to Germany was in April. During a visit to Trade Fair in Hannover he made a very emotional speech, addressing the conscience of the Europeans. He reminded them of the achievements of the European Union and urged them to be more optimistic. [Author’s translation]

There is however a marked difference between how Obama and Merkel exercise their powers. While Obama fervently believes in reducing America’s footprint on the world stage, Merkel believe in expanding Germany’s role in the world. Merkel believes in micro-managing sovereign European countries — be it household spending or mass migration.

“There has been a change in German diplomacy,” says Tobias Bunde, head of Policy and Analysis at the Munich Security Conference. “We have seen this in the Ukraine conflict. Germany really has played a leading role in defining Western diplomacy. For the first time, the United States has not been in the driver’s seat, but rather took a role in the back seat.” [DW News, October 25, 2016]

According to the report, Germany also wants to play a greater role in the Middle East. Which is a justifiable aspiration, one must point. If Merkel gets her way with uncontrolled immigration, Germany would at least be demographically part of the Arab Middle East within our lifetime.

Obama’s visit comes at a time when Merkel is pushing hard to win her party’s nomination to run for a fourth term as Germany’s Chancellor, after having ruled the country for over eleven years. Media coronation in Germany has already begun. As one German media outlet wrote, “A fourth candidacy by Chancellor Angela Merkel looks likely in 2017, judging by signals from her Bavarian sister party.”

Apart from the anti-immigration AfD party, Merkel faces no direct challenge from established political parties. As state-level alliances show, most of the parties would not be averse to entering into a coalition with her the General Election in 2017.

Obama might be on his way out, but can Europe take four more years of Merkel? There is a lot at stake this election season, not just for Americans.

VIDEO: Obama says Merkel is ‘on the right side of history’ for refugee response:

Two of the most dangerous people in the Western world. Merkel and Barracula.

Obama to Angela
“We’re stealing the election for Hillary. Now we will steal one for you too.”

They are both dangerous idiots.

It will officially be time to abandon hope if that idiot is reelected. I can’t believe that the people of Germany would be so foolish as to give her another term.
If it happens, Europe is truly doomed.

“After ruining Germany for over 11 years, Merkel gears up for another term”

There, fixed it for ya…

If she remains Chancellor after the next election, the German people deserve every single thing they get.

But…I don’t think that will happen. My wife is German and my in-laws are PISSED to no end about what is happening to their country. The only problem is that I think it’s too late to save it. The damage has been done.

Congratulations to the German people! If you want to get rid of Merkel you can’t have a better ally than the self-unaware, clueless “light worker” lending his “magic touch” to the pro-Merkel side.

I think the turning point in the Brexit vote was when this arrogant fool stuck his nose in the Brits’ business and lectured them to stay in the EU.

I remember his stunning success in bringing the Olympics to Chicago…

And convincing the Israelis to ditch Bibi

Obama is going to go to Germany to interfere in another country’s election. That’s choice.

Clearly she wants to lose…