It’s a marathon, not a sprint. 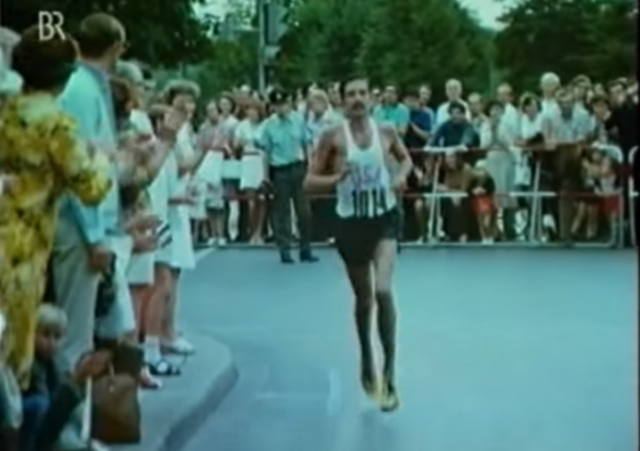 How time flies when you’re having fun.

As in Let’s Make a Deal, choosing Door No. 2 carries great risks. So does choosing Obama.

Obama may be a post-racial healer, or he may be someone who carefully uses race and false accusations of racism to advance his political career. Obama may not have known about Jeremiah Wright’s political race-baiting, or he may have known but not cared. Obama may be someone who views this country as inherently good, or he may secretly share the views of his political enabler, William Ayers, that this country is inherently bad. We may know Obama better than Jeremiah Wright and William Ayers know Obama, or we may not know Obama at all.

The history of how we started and grew, as well as some early screenshots, were in last year’s anniversary post.

In so many ways, this has been the most difficult year.

Starting right around this time last year I’ve been dealing continuously with multiple serious immediate family health issues that have sapped my strength and attention not just to the website but also other aspects of life. If not for the help of our great team of authors and editors, I’m not sure we could have kept going as well as we have been. Added to that was the stress of this highly unusual presidential election season, including unprecedented problems managing the comments section.

But, contrary to what you may think, I’m actually an optimist.

I also have an unnatural ability to compartmentalize, mostly as a result of having been a contingency fee lawyer prior to moving to academia. I learned to put losses behind me and move forward. Every minute I spent moaning and groaning about lost cases was a minute I didn’t spend winning the next one.

So, I’m hopeful that in the new calendar year I’ll be able to put this all behind me, and focus on moving forward.

That moving forward is going to be a challenge in itself because of this presidential election. Long ago I said that both Hillary and Trump represent threats to our liberty, but in different ways. Hillary is a systemic threat while Trump is an episodic threat. It seems that as a website we are destined to be in perpetual opposition without regard to party affiliation. For us it’s not about party, but about country, and that is not going to change.

The coming year is likely to present the stark reality of living in a society of corrupted institutions. I hope that as a website we can explore how we survive collectively and individually.

I expect there will be a fairly vicious falling out in the Republican Party and (the once) conservative media. I don’t know if we’ll be in the middle of that or not. It’s just Sad!

Some of the changes we made this year were for the better. I’m very happy with how the Quick Takes section is working. It really has enabled us to post some shorter, more time sensitive posts, as well as some more fun posts we might not have posted otherwise. I’m also happy with the decision to consolidate our higher education coverage at Legal Insurrection, bringing college-related coverage to a broader audience.

Much of the coming year will be driven by the result of the presidential election, but I also have some priorities. We’re going to focus on higher education, which in my estimation is the source of so many of our problems. Also, I expect to continue focusing my own time on Israel and BDS/antisemitism issues both because those issues are important in their own right, but also because they are part of the larger war on our own liberty and way of life.

It’s hard to believe it’s been 8 years. I cherish so many of the relationships I’ve made with authors and readers.

Thank you for everything you do for me.

Keeps getting better & better, Professor. Been here most of the way, plan to stick around. One of the few sources of info I check literally every day. Wishing you all the best.

Hardly bother to check in anymore since LI has gone all in for the sexual molester. Won’t be back when DT loses either. Sad end, IMNO

Checking this site more than any other. Keep on keeping on, Professor et alia!

A nugget of new info for me: the Professor was in the private sector! Awesome!

And the site, it’s a must for rounding out my news days. Thanks for keeping it going!

The story of my transition is in this post from April 2013.

Congrats on 8 years, Professor and Crew! I’ll just brag one more time that I ticked off my rhetoric professor by writing a paper on Legal Insurrection.

I’d have given the paper an A+.

I don’t know if anyone else if having this issue, but the Twitter link buttons are intermittently absent from the LI post headlines.

Happy Eighth and I hope many more. I’ve been coming round since 2011, I think, though I was away for several months recently when my wife died after a long illness.

Sorry I missed it when the ban hammer came down. That must have been something, lol.

The quality of writing remains so very high, story selection excellent, and the administrative hand falls light on the comment section. LI is the best place for info on BDS and Israel-related stories, and the Quick Take section is great, very much up to date.

However, I still struggle with how the Bee Gees make the Video Of The Day so often. Any Barry Manilow and I’m outta here. (j/K)

Meant to add….. Though I understand why any given article author might choose not to post in the comment section, I very much appreciate it when they do, especially Ms. Slippers and Ms. Eastman. Oh, and cartoonist AF Branco is a major asset.

Hawkins, my most sincere condolences. Loosing the Cherokee much have been terrible blow.

Oh my goodness, Henry, I’m so truly sorry for your loss.

Thank you so very much. It was a fifteen year battle starting with brain cancer and ending with severe heart problems. I sold my businesses and retired in 2015 to take care of her. She never once complained of illness, not once, shaming me with her strength throughout our long marriage. Thank you again.

Your devotion to and respect for your wife bring tears to my eyes, Henry. You are the role model I wish we had more of in public service.

LI is on my daily “must read” list and has been for just about as long as you’ve been around. Some of the best analysis and news available.

Just sorry you weren’t in your office today for a personal greeting. I happened to be in Ithaca visiting a nephew at Cornell and dropped in while taking a campus stroll.

They say that when we turn eight, we become responsible people.

I love this place, Prof. Deep down.

Congratulations on surviving the vicissitudes of the interwebs for eight years, Professor. I’ve been around for most of that time, and hope to be around a while longer. The best conservative news & opinion website there is, IMHO. LI and Rush are the only reason I’ve stayed marginally sane thru Obo the Clown’s reign of terror.

LI is stronger… the rule of law in US is not. LI has provided a sounding board for significant legal issues…. and there will be more.. no matter what… to comment on.

Congrats and thanks. This site has done reporting that “reporters” won’t or can’t do. I’m grateful.

The bloodletting from here depends on the margin of the loss. Events will matter too. It’s hard to imagine the Middle East or eastern Europe (or Europe for different reasons) becoming better from our view any time soon. The economy looks like more years of Japan, with a shock to come. That, too, will play in. Anybody’s guess.

Congrats on the 8th anniversary!
I have enjoyed your site and greatly appreciate the perspective.
Although I am stunned that you lost cases in private practice.
But I am glad that is all behind you.
keep shining the light in the dark places.

Starting year 8 with a political commercial from Brussel:
https://www.youtube.com/watch?v=f5UsilL

Also Project Veritas has been blocked from Twitter
http://projectveritas.com/2016/10/12/james-okeefe-blocked-from-his-twitter-account/

Congrats and many more to come!

…go with Seb Coe running reference next time. Shorter is a jerkwad.

The lead female complainant in the latest Trump hit piece says she was taken out of context before the story hits the street.

Long may you run! Rather than handing you a bottle of water, I just made a small donation.

Professor, I truly appreciate this site and the work you do. I read a few others from time to time but this place is a daily stop for me. I must admit I have stopped reading or watching Fox News completely, I’ve grown very disenchanted with mainstream media. As for our legal insurrection, it’s not going to end or even slow down no matter which clown is elected. Keep spreading the good word!

Welcome to the club. I quit watching Fox back when Krauthammer started dissing Sarah Palin and they dumped Brit Hume from the nightly news.

Please pardon my being a day late in offering my congratulations! LI and the puppy blender are the only blogs I check on a regular basis, and have been for a couple of years. Here’s to eight more years!

Is it just me or does that look like Freddy Mercury running a marathon? I know, it’s likely some really famous runner I have no clue about.

Are you for real? That’s Bruce Jenner.

It’s Frank Shorter who won the 1976 Olympic marathon. He ran an AWESOME race. If I remember correctly, he ran every mile at the same pace. Incredible.

I meant to also laud the contributions of A. Branca, whose posts on the legal aspects of self-defense, SYG, and police-related shootings are extremely helpful for us non-lawyer commenters.

I’ve been here on and off for the last five years at least and remember fondly the “truth” regarding Paul Revere/British “surrender” thing that Sarah Palin brought up that was savagely attacked by the left. The Prof provided Proof that Palin was right by citing Revere’s own words..

At least that’s the way I remember it..