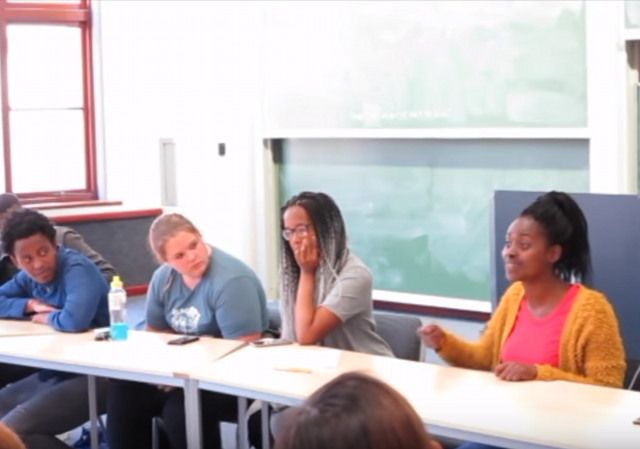 Here’s proof that the progressive takeover of academia isn’t solely affecting the United States. The video has to be seen to be believed.

Watch Leftist Students Say Science Is Racist and Should Be Abolished

Students at the University of Cape Town in South Africa brought some interesting concerns before the science faculty this week: namely, they think science as it is currently understood must be abolished.

“The whole thing should scratched off, especially in Africa,” said one of the students.

The students are apparently known as “fallists.” Their hashtag is #ScienceMustFall. You can watch them make their case during a meeting here.

Essentially, these students believe that modern scientific understanding is too Eurocentric. One explained:

“I have a question for all the science people. There is a place in KZN called Umhlab’uyalingana. They believe that through the magic’ you call it black magic’ they call it witchcraft’ you are able to send lightening to strike someone. Can you explain that scientifically because it’s something that happens?”

Probably why they still live in mud huts.

The practice of science is difficult and mysterious for stupid people. So it’s discriminatory in that sense, sure.

Fallists ? They are too stupid to spell failists correctly.