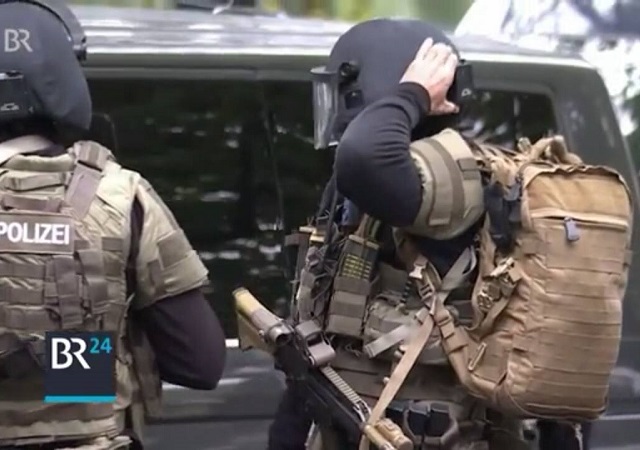 A Syrian migrant arrested two days ago on charges of plotting a bomb attack in Germany’s capital Berlin has hanged himself in a prison cell in an apparent suicide, according to a German police report. German investigators believe that 22 year-old ISIS terrorist Jaber Albakr was in the final stages of carrying out a major terrorist attack like the ones in Paris and Brussels previously.

On Sunday, German police raided a flat belonging to Albakr in the city of Chemnitz where they found 1.5 kilograms of TATP explosives — the same type of explosive that was used by Islamic State terrorists in the Paris (November 2015) and Brussels (March 2016). Albakr managed to escape the scene and a nationwide manhunt was launched catch the suspect. On Monday, the police arrested him in eastern German city of Leipzig.

Albakr was granted refugee status after illegally entering Germany in 2015. His German lawyer Alexander Huebner accused the police of ignoring the suicide risk of his client, calling his death a “judicial scandal”.

Jaber Albakr, who was arrested two days earlier following a nationwide manhunt after police found explosives in his apartment, was discovered hanged in his jail cell in the eastern city of Leipzig, reported Germany’s Bild daily and national news agency DPA.

“Jaber Albakr took his own life in the Leipzig prison hospital,” the government of the eastern, ex-communist state of Saxony said in a statement, without elaborating. (…)

Politicians and the suspect’s defence lawyer reacted with outrage over the death in custody which followed what was widely seen as a botched police search that ended only thanks to the three other Syrian asylum seekers.

The incident further strains relationship between police and politicians in Germany. Faced with the challenge of rising crime in the wake of uncontrolled immigration that began last fall, German police union has been urging Merkel government to issue police officers with tasers. Most German politicians are opposed to arming the police even with basic defensive weapons. German Police Union caused an outrage this week when it conducted a twitter poll calling people to pick a politicians they would like to see tased.

Germany has seen a steady rise in crime and terrorism since Merkel’s government opened the country’s borders to undocumented immigrants last August and refused to put a limits to the annual intake of “refugees”. Police has been unable to cope with the deteriorating law and order situation highlighted by New Year’s Eve sexual assaults in the city of Cologne and series of ISIS-directed terror attacks carried out mainly by Muslim migrants admitted under the country’s generous asylum laws.

[Courtesy BR/Nachrichten HD, YouTube] [Author is an analyst based in Germany]

Good riddance. Now they don’t have to feed him.

I remember being a young soldier in West Germany in the mid-late 70s and the polizei had finally arrested the Red Army terrorist Andres Baader. They also found that he had committed suicide in his cell by shooting himself in the back of the head with a gun.

I thought prison suicide was an American contribution to civilization, along with the escape attempt.

“Shot while trying to escape” was an SS shtick.
Too bad. They should water-boarded him.

And a Soviet schtick. Step to the left, step to the right, tried to escape.

That’s about the only way an Arab terrorist gets justice in Merkel’s Germany today.