The radical Islamic group has held the city for over two years. 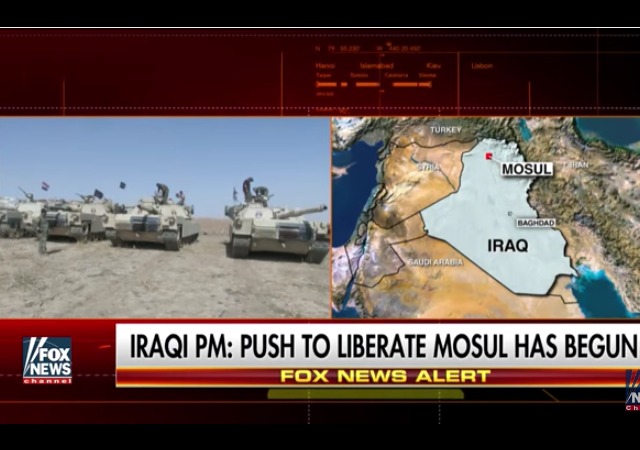 The Iraqi forces have started the offensive to retake Mosul from the Islamic State (ISIS), who has held the country’s second largest city for two years.

About 4,000 Kurdish pesh merga troops are involved in the operation to retake 10 villages, the opening phase of a battle that could take weeks or months and could involve nearly 30,000 Iraqi and Kurdish troops, with American warplanes providing air support. Iraqi counterterrorism forces, which work closely with American Special Operations commandos in Iraq, are also expected to join the Kurdish forces in the coming days.

In the first phase, the troops who have been massing at bases around Mosul in recent weeks will encircle the city, seeking to cut it off and prevent Islamic State fighters from fleeing, particularly west into Syria. Later, the counterterrorism forces, which took the lead in liberating other Iraqi cities, like Ramadi and Falluja, from the Islamic State, will join regular army units in storming the city.

After dark on Sunday evening, armored vehicles on flatbed trucks were seen moving west from Erbil, the capital of the autonomous Kurdish region, along with many ambulances.

The operation began under the light of the moon on Monday as pesh merga tanks, Humvees and pickup trucks with guns mounted on the back snaked their way toward the villages.