Court says Siamak Namazi and his father conspired with America. 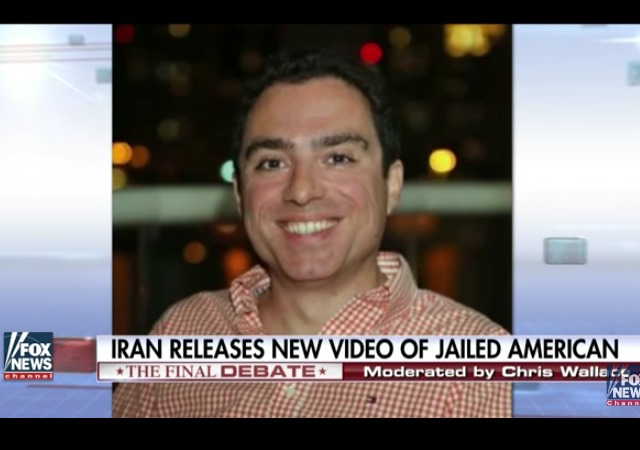 Iranian news agencies have reported that a court has sentenced two U.S. citizens to 10 years in prison for cooperating with the United States. Reuters reported:

Iran’s Islamic Revolutionary Guard Corps detained Siamak Namazi, an Iranian-American businessman in his mid-40s, in October 2015, while he was visiting family in Tehran. The IRGC arrested his father, Baquer Namazi, a former UNICEF official in his early 80s, in February.

“Siamak Namazi and Mohammad Baquer Namazi have each been sentenced to 10 years prison … for cooperating with the hostile government of America,” Mizan website said, citing “an informed source”.

The media identified two other defendants as F.H.A and A.A. But the court also sentenced Nizar Zakka, a Lebanese man, but is not an Iranian citizen. He does hold a green card, which grants “him residence in the United States.”

Babk Namazi, son and brother of Baquer and Siamak, released this statement:

Statement from Babak Namazi, son/brother of Baquer and Siamak Namazi: "My father has been handed practically a death sentence…" pic.twitter.com/KGhyEV8BE1

The Associated Press reported that the Namazi family left Iran in 1979 after the revolution, “but appears to have kept business ties in Iran, and the younger Namazi traveled back several times.” He often tried to persuade other Iranian-Americans to help ease tensions between the two countries:

He also wrote several articles calling for improved ties between Iran and the U.S., and urging Iranian-Americans to act as a bridge between the rival governments.

Still, Siamak Namazi’s efforts raised suspicions among hard-liners in Iran. In May 2015, a hard-line Iranian website called Fardanews specifically pointed to him in a highly critical article, accusing him of being part of efforts to allow the West to infiltrate Iran.

Unfortunately, Iran does not recognize dual citizenships, thus the Namazis and others “cannot receive consular assistance.” Iran has other dual citizens in jail:

Others with Western ties recently detained in Iran include Robin Shahini, an Iranian-American detained while visiting family who previously had made online comments criticizing Iran’s human rights record, and Nazanin Zaghari-Ratcliffe, a British-Iranian woman sentenced to five years in prison on allegations of planning the “soft toppling” of Iran’s government while traveling with her young daughter. Still missing is former FBI agent Robert Levinson, who vanished in Iran in 2007 while on an unauthorized CIA mission.

But, if the Obama Administration is to be believed, its infantile vanity project and indefensible capitulation and empowerment/enabling of a hostile regime, masquerading as shrewd, grand statecraft (aka, the farcical Iran “deal”) has resulted in inestimable goodwill flowing from Iran to the U.S.

Funny how everyone but the lackeys and courtiers in the Obama Administration understands how dangerous and deleterious are the consequences flowing from this treasonous arrangement, in terms of real-world implications and realpolitik. These fools live in a delusional fantasy world of their own creation.

The huge mistake this family made was thinking they could have the best of both worlds.

Or …. are they really spies for Iran who completed their “work” and are returning to the bosom of their mother country under the cover of being ‘bad guys’? Will brother (and mom?) soon follow them to Iran for a quiet reunification? I didn’t read anything about the family here seeking assistance from the State Dept., which is common recourse in these situations.

Or is it an excuse for more ransom payments?

You get more of what you pay for.

Why would anyone be surprised by this?

I went through college shortly after the Iranians overthrew the Shah. Early 1980s.

By which meant I went through college with Iranians who couldn’t stand to watch the news. They’d look at what the ayatollahs were doing to their country, start saying, “Those b**t***s, those b**t***s” and have to leave the room to be by themselves.

It’s like my relationship with the Vietnamese, whom I apparently don’t like because I hate communism with all the passion my boat-people friends hated it.

So, I can say on good authority, conspiring against Iran on behalf of the United States is now a crime under the Obama administration, as it it under the other Mullahs.

“They’d look at what the ayatollahs were doing to their country, start saying, “Those b**t***s, those b**t***s” and have to leave the room to be by themselves.”

I know exactly how they felt. I find myself doing that a lot lately.

Thank you for the thumbs down Was that for going through college, shitferbrains?

Spare parts for their F-4s must be getting harder to find, even on the black market. Wonder how many plane loads will it cost to get them released.

Lots of countries still fly the Fliegender Ziegelstein (“Flying Brick”), a triumph of thrust over aerodynamics. Maybe only as target drones. Here’s a 2008 article about the US use of F-4 Phantom IIs in that capacity.

“…In 1996 the aircraft was retired from the U.S. fleet. But the venerable McDonnell design has one last mission to perform for the military: to go down in flames.
Since 1991, 254 Phantoms have served as unpiloted flying targets for missile and gun tests conducted near Tyndall Air Force Base in Florida and Holloman Air Force Base in New Mexico. The use of F-4 drones (designated QF-4s) is expected to continue until 2014.

When an airframe is needed for target duty, one is pulled from storage at Davis-Monthan Air Force Base in the Arizona desert. The airframe is given refurbished engines and instruments, then sent to Mojave Airport in California. There, BAE Systems turns the aircraft into remote-controlled drones, installing radio antennas and modifying the flight controls, throttles, landing gear, and flaps.

QF-4 production test pilot Bob Kay is responsible for testing the converted aircraft, then flying them from Mojave to Tyndall and Holloman. Kay has been captivated by the F-4 since the age of seven, when his father took him to an airshow. “I saw a Navy A-3 refueling two Phantoms as they flew over so low and with that noise,” he says. “That’s all I remember of that airshow, but I knew I wanted to fly that fighter.”

I ask if he has any second thoughts about being part of a system that destroys an airplane he loves, an aviation legend.

He thinks for a moment, then says, ‘What better way is there for a warrior to end its life than to go down in a blaze of glory?’

The Phantom has been called “double ugly,” “rhino,” “old smokey,” and monikers even less flattering. The design does have its share of ungainly bends and angles. The horizontal stabilizers droop 23.25 degrees. The outer wing sections tilt upward 12 degrees. When an engineer looks it over, the first thing that probably comes to mind is “stability and control problems.” A brutal example of that weakness occurred during a May 18, 1961 speed record attempt. While Navy test pilot Commander J.L. Felsman flew below 125 feet over a three-mile course, his F-4 experienced pitch damper failure. The resulting pilot-induced oscillation generated over 12 Gs. Both engines were ripped from the airframe and Felsman was killed. (A later attempt succeeded.)…

So, this article was written two years after the USN retired the Tomcat. So in 2008 nobody was flying the F-14 except Iran. I would never suggest Wikipedia as an authoratitive source but if you look at at the list of countries that flew or may still fly the F-4 it will be as long as your arm. The list of countries that flew the F-14 is, two. Now one. Even if you’re flying F-4s only as target drones, you still have to maintain them. That means somebody has to make parts for them. Nobody is making parts for the Tomcat anymore and they haven’t for ten years.

So if the need for spare parts are driving this, I’d suggest a different aircraft.

But, personally, I think they’re just doing this to f**k with us.

Hey Obama got another billion in cash for your buds?