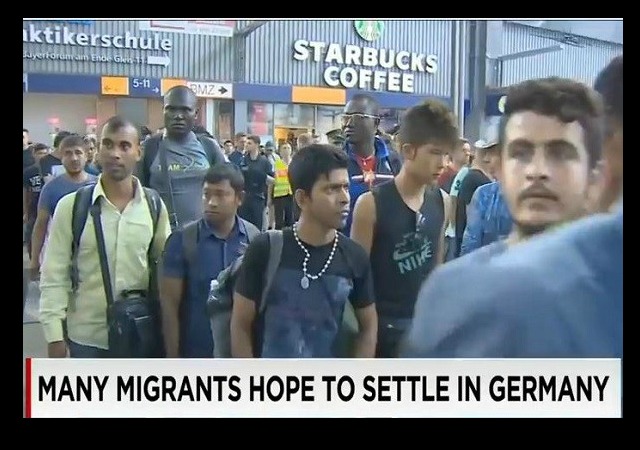 As Germany struggles with the flood of refugees across its borders, the Federal Ministry of the Interior has revised down the refugee arrival numbers from a whopping 1.1 million to a still staggering 890,000. The minister said the government revised the number because some people registered twice while others moved.

He said Germany took in fewer than the reported 1.1 million migrants last year because some registered twice and others had moved on to other destinations.

“But I want to leave no doubt: The number of 890,000 is still very high,” De Maiziere said. “We all agree that the refugee situation last autumn must not be repeated.”

. . . .   The latest figures could take some pressure off Chancellor Angela Merkel, who is facing a popular backlash over her decision a year ago to leave German borders open for refugees.

Merkel has repeatedly defended her approach to find a European solution to the migration issue by securing the continent’s external borders, agreeing migration deals with countries such as Turkey and distributing refugees across Europe.

However, after her conservatives suffered heavy defeats in regional elections earlier this month, Merkel said she wished she could turn back the clock to better prepare Germany for last year’s migrant influx.