As of now, Florida has no death penalty. 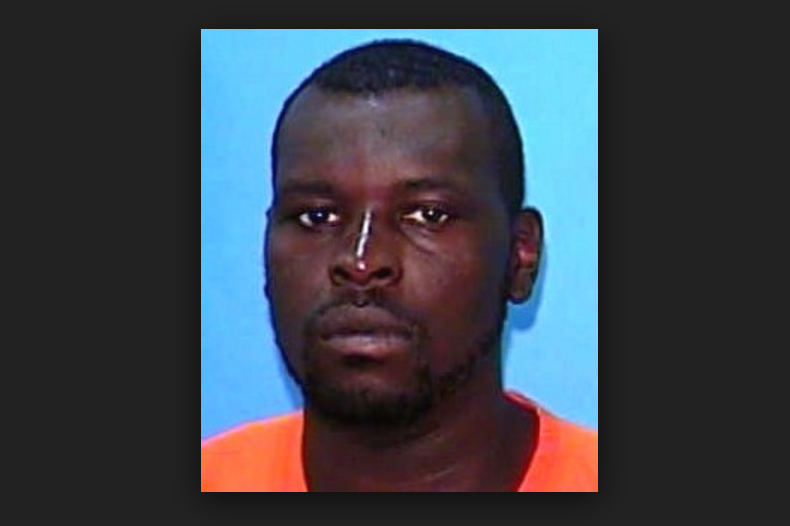 The Miami Herald reported at the time:

Lawmakers have approved a crucial rewrite of Florida’s death penalty sentencing law, hoping it passes muster after the current version was recently declared unconstitutional by the U.S. Supreme Court.

The bill, passed overwhelmingly by the state Senate Thursday, now heads to Gov. Rick Scott for his signature.

. . . .  Florida’s new law requires juries to unanimously vote for every reason, known as aggravating factors, to warrant a death sentence. A trial judge must sign a written order confirming those findings.

Prosecutors also must notify defendants before trial that they will seek the death penalty and list the aggravating factors the state intends to prove.

The bill also requires at least 10 of 12 jurors in a capital case to agree on a death sentence, an issue not specifically addressed by the U.S. Supreme Court in its decision in Hurst v. Florida.

Current Florida law allows juries to recommend death on a simply majority vote. The new law will put Florida in line with one other death-penalty state, Alabama. Most states require jury recommendations of a death sentence to be unanimous.

In a long-awaited decision, the Florida Supreme Court today ruled that the Florida Legislature fumbled a re-write of the state’s death penalty statute earlier this year, meaning that Florida currently has no death penalty.

The court also ruled that Timothy Lee Hurst, the man whose death penalty prompted the U.S. Supreme Court earlier this year to declare Florida’s death penalty unconstitutional, must be given a new sentencing hearing.

The court was unequivocal on one overarching point: For Hurst or any defendant to be given the death penalty, all 12 jurors must recommend it.

Those two rulings, released at the same time this morning, were a blow not just to the Florida Legislature but also to Attorney General Pam Bondi, who had argued that the error identified by the U.S. Supreme Court was harmless.

. . . . Both of today’s ruling were a consequence of one handed down on Jan. 12 by the U.S. Supreme Court. It ruled that Florida’s death penalty was unconstitutional because it required a judge – not a jury – to decide whether a defendant should be put to death.

The case involved Timothy Lee Hurst, a Pensacola man convicted of murdering his boss at a Popeyes Fried Chicken restaurant in Pensacola in 1998 with a box cutter then putting her body in a freezer.

The state had argued that the error was harmless, but in that January ruling, Justice Sonya Sotomayor wrote that the court disagreed but left it to the Florida Supreme Court to hash out who, if anyone, was harmed.

Maybe some of the legal eagles here can respond to this:

In a remarkable departure from the historical tradition, in Apodaca v. Oregon, 406 U.S. 404 (1972), and a companion case [Johnson v. Louisiana 406 U.S. 356 (1972)], the US Supreme Court held that the Sixth and Fourteenth Amendments did not require jury unanimity in state court jury trials. A plurality of the Court employed a functional rather than a historical test, and concluded that the prime functions of the jury would not be impaired if states required less-than-unanimous jury verdicts.

USSC ruled that juries, not judges, must determine if those elements of a crime which make the defendant eligible for the death penalty have been met (Scalia concurred) and threw the case back the Florida SC.

Florida SC ruled that because the Florida constitution and Florida judicial history required unanimous verdicts for convictions then jury rulings on those elements necessary for a death sentence must also be unanimous.

Legislature wrote the new law which only required 10 of 12 jurors to agree on the elements, and it seems they were warned that this would happen but went ahead anyway.

Help me out here. I can’t find any section in the Florida that requires a unanimous verdict for conviction. Section, please?

You’re right, it’s not there. What is there are numerous FSC rulings going back to the 1800’s asserting that the Florida constitution requires unanimity. In the recent ruling linked by Fuzzy the citations start on page 25.

This makes my second paragraph somewhat incorrect. Sorry. I’m more of a legal parakeet than eagle.

You won’t find it in the Florida Constitution or Statutes. As the opinion makes clear, the requirement for unanimity in jury verdicts comes from long standing precedence in Florida (as a territory) and then followed by a string of Florida Supreme Court decisions that verdicts must be unanimous.

Florida’s law was that in a capital case, the jury’s vote on the death penalty would be considered by the judge, but a judge would be make the ultimate decision. In a case called “Hurst v. Florida,” the US Supreme Court said that the jury and only the jury can decide life or death. That sent the legislature scurrying back to correct the “flaw” and the law that was passed said that if after considering aggravating and mitigating circumstances, 10 of 12 jurors voted for the death penalty, the defendant got the death penalty. (See FS 921.141(2)(c))

Abortion rites, around one million annually in America alone, notwithstanding the Pro-Choice Church’s doctrine of spontaneous conception received from gods in the twilight zone, interpreted by liberal judges, and backed by progressives et al in a “final solution”.

That said, capital punishment for premeditated abortion, whether carried out in a chamber, or in a prison, must meet high standards of proof. You can only abort a human life once. The loss of wholly innocent lives is intolerable. There must be another solution.

“Un-Constitutional” now means, in this case as in most others, in violation of a “rule” invented by a activist “judges” legislating from the bench.

Search all you will, there is precisely NOTHING in either the US or Florida State Constitution that could conceivably justify this nonsensical “ruling”.

We are no longer a nation if laws.

We are mostly a Bureaucratic Dictatorship, partly subjected to the Tyrannical whim of unaccountable judges, and partly ruled by executive orders from the Executive office issued like Decrees from a Fascist Dictator.

Garbage. There’s nothing “activist” about ruling that a jury finding of fact must be unanimous. That’s what a jury trial means, what it’s meant ever since juries were invented in the first place. Certainly in federal trials the constitution requires unanimity. The only reason it doesn’t require it in state civil trials is because it doesn’t require juries at all in state civil trials. It’s up to each state whether to require them in those. But criminal trial do require juries, and therefore also unanimous decisions on all questions of fact. It would be “activist” not to require it.

Your argument that it’s not stated explicitly in the text of the constitution is obvious nonsense; the constitution’s text doesn’t have any definition of a jury or its workings, so do you imagine Congress could define the judge as a “one-man jury” and so do away with jury trials altogether?! Of course it couldn’t, and the constitution doesn’t have to say so explicitly, because the word “jury” inherently means a panel of citizens who make findings of fact by unanimous agreement.