Florida Officer Gives Himself a Citation for Running a Red Light

Florida Officer Gives Himself a Citation for Running a Red Light

Sandwich, $160 plus; sense of duty and responsibility, priceless. 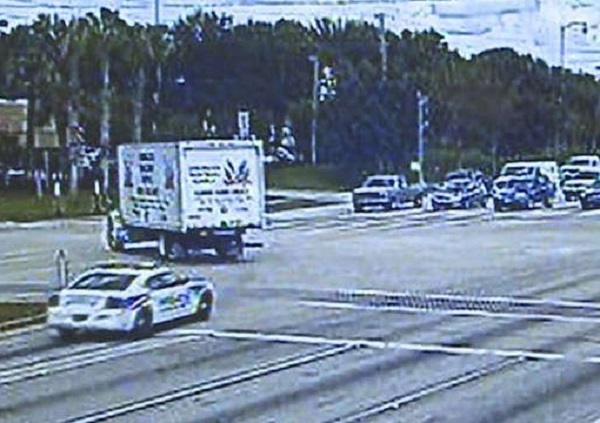 With all the news of corruption and special treatment for . . . ahem, certain people, it’s nice to see a story about an honest person who takes responsibility for his actions . . . especially when no one was looking.  A police officer in Haines City, Florida issued himself a citation after reviewing red light camera footage and spotting his cruiser running a red light.

“I’ve had to write the notices to my friends, co-workers, firemen, highway patrolmen,” Officer Tim Glover of the Haines City Police Department said.

It’s Glover’s job to review red light camera footage. While doing so, he realized he was one of the people who’d run a red light.

It happened on his way to lunch on Sept. 8. He was making a left turn when the light changed to red, and the car he usually drives to enforce the law became the one he was in while breaking it.

Glover didn’t even know what he’d done until the footage came up on his computer about two weeks after the infraction.

“Realized that the vehicle did look familiar, and I was hoping it wasn’t mine, but I walked out and confirmed it was mine out here in the parking lot,” he said.

Glover could’ve covered it up, but he took the high road and turned himself in to his boss, who wrote him a ticket.

“I’ve always been taught that if you’ve done something wrong, to take responsibility for what you’ve done and accept your punishment,” Glover said. “In this part, it was paying the fine and getting my letter of reprimand.”

Glover wants people to know most cops are honest and do the right thing, and they’re willing to pay the price if they make a mistake on a lunch break.

“It was a good sandwich, but it probably wasn’t worth the 160-plus dollars I ended up paying for it,” he joked.

Here is red light camera info for anyone who lives in the LA area or will be visiting.
In California, red light camera tickets cost $500.00 – but if you received one from a camera located in Los Angeles County, you can ignore it. If you are skeptical about my advice – and you should be – do a search on red light camera no consequence and read the LA Times articles, the Daily News articles, the NBC report, and the highway robbery website you will find among the hits.