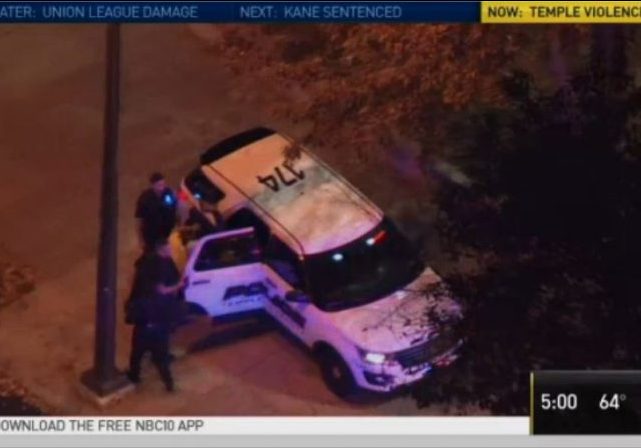 This looks like little more than violence for the sake of violence. There was no event or reason for this happening.

Four juveniles were arrested in a series of flash mob-style attacks on Temple University’s campus this weekend that left students and police officers hurt, police and university officials said.

Students were punched and kicked, an officer tossed to the ground and stones were thrown at passing cars, police said. Officers from three agencies — the Philadelphia Police Department, Temple University police and SEPTA police —responded to the incidents.

As many as six Temple students hurt in the attacks as they walked around campus between 8 p.m. and 9:30 p.m. that night., along with a university police officer and a Philadelphia police horse.

One student, who was not identified, told the college news site The Tab she was walking with her boyfriend near 16th and Oxford streets around 8 p.m. when they were attacked by two kids.

The student told the news site her boyfriend was able to run away but she was grabbed by the hair and beaten on her head and back. Her name was not given.

Her boyfriend ran away while she was grabbed by the hair and beaten? Methinks she should be looking for a new boyfriend.

Unless, of course, she’s one of those “violence is never the answer” types, in which case she’s probably proud of him for acting the coward.

Indeed, chivalry is dead. As is courage, honor, integrity…