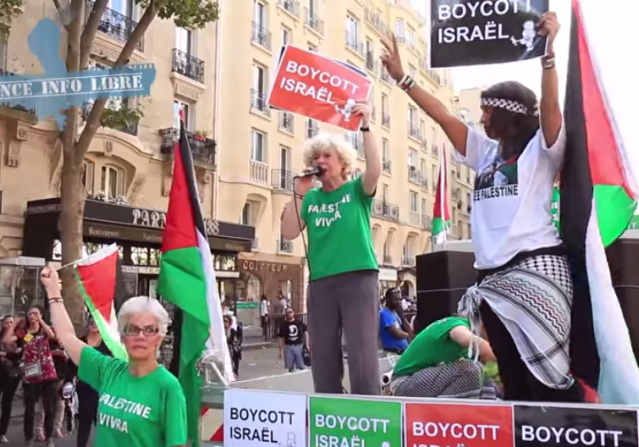 There are signs that there is an uprising emerging against the Boycott Divestment and Sanctions movement in Europe. Not only have there been condemnations by various European leaders of the discrimination that underlies BDS, some banks have closed BDS accounts.

In what could be a good sign, a Paris regional council just voted to fight funding of BDS groups.

A regional council in France that includes Paris passed a precedent-setting amendment that excludes funding from promoters of boycotts against Israel.

The council of the Ile-de-France region, where right-wing parties have a majority, adopted the amendment Thursday, the Le Monde Juif website reported the following day.

The report said the council’s president, Valérie Pécresse of the UMP party of former President Nicolas Sarkozy, led the vote in keeping with her campaign promises to pursue vigorous measures against the BDS movement – an acronym for Boycott, Divestment and Sanctions.

“In accordance with the law, I will not tolerate any form of boycotts against Israel in the Ile-de-France region,” she said while campaigning for the top executive political position of the region, which is home to most of France’s 500,000 Jews.

Robert Ejnes, deputy president of the CRIF umbrella group of French Jewish communities, in a Twitter post congratulated the council for its amendment, whose final text was not yet published. Ariel Goldmann, another CRIF vice president, wrote on Twitter about the measure: “Thank you and bravo.”