Britain has its own clown problem. 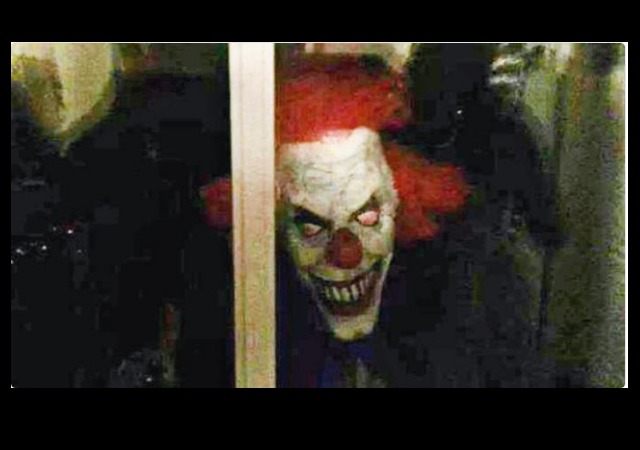 America has faced numerous creepy clown stories, some real and some fake. This has led to some school districts banning clown costumes while professional clowns have scheduled “Clown Lives Matters” rallies. Well, now the creepy clowns are leaking over to Britain. The Guardian reports:

People around the UK have reported a series of sightings of people dressed as clowns frightening children, with six separate reports of “clown incidents” reported by Northumbria police in the past week.

One of the most dramatic occured on Friday morning when a masked man carrying a knife jumped out in front of a group of 11 and 12 year-olds and followed them to school in County Durham. The pupils were left distressed but unhurt by the clown, who was wearing grey tracksuit bottoms, red shoes and a multicoloured top.

Neighbourhood sergeant Mel Sutherland said: “The children arrived at school understandably upset and distressed by this incident and we are currently trying to locate this man.

“We believe this to be part of a much larger prank which is currently sweeping across the USA and parts of the UK. It is very alarming [the man] was carrying a knife – however, we do not think he intended to harm the children and as far as we are aware, this is part of the prank.