Remington has “broad immunity” under the law 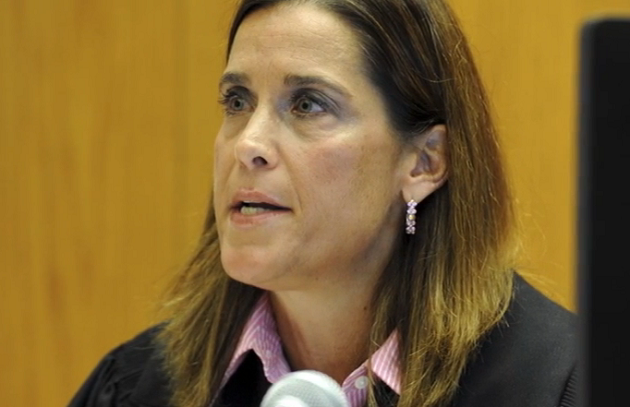 A Connecticut judge on Friday dismissed a lawsuit filed by the families of some of the 26 young children and adults killed at the Sandy Hook Elementary school in 2012, saying the maker of the rifle used in the attack had “broad immunity” under federal law.

The lawsuit, filed in December 2014 and seeking unspecified financial damages, said the AR-15 military-syle assault weapon used in the attack in Newtown, Connecticut, should never have been sold to the gunman’s mother, Nancy Lanza, because it had no reasonable civilian purpose.

Superior Court Judge Barbara Bellis sided with Remington Arms, the North Carolina-based maker of the rifle known as the Bushmaster that 20-year-old Adam Lanza used in his rampage at Sandy Hook. The 2005 Protection of Lawful Commerce in Arms Act protected Remington from being sued for the use of its products in an illegal manner, Bellis ruled.

“The present case seeks damages for harms, including the deaths of the plaintiffs’ decedents that were caused solely by the criminal misuse of a weapon by Adam Lanza,” Bellis wrote in a 54-page decision. “This action falls squarely within the broad immunity provided by PLCAA.”

An attorney for the families vowed to appeal the decision.

“While the families are obviously disappointed with the judge’s decision, this is not the end of the fight,” attorney Josh Koskoff said in a statement. “We will appeal this decision immediately and continue our work to help prevent the next Sandy Hook from happening.”

The Sandy Hook families won a $1.5 million settlement from the shooter’s mother’s estate in 2015.

A VERY good law that those do-nothing cowards in congress passed while doing nothing and being no different than Deemocrats.

You do realize that the PLCAA was passed in 2005, when G.W.Bush was the sitting President, right? And, that it is a bill which directly benefits big business interests. It was also a Republican Congress which passed the PPACA [aka Obamacare], a mere 5 years later, in 2010. And, it has been Republican Congresses which have failed to rescind or amend the PPACA since then.

Obamacare was passed when Democrats had majority in House and Senate and no Republican voted for it… zero … zip… nada. No Republican fingerprints on that one. As for strict liability laws… do we sue Ford and GM for drunk drivers? Did we sue Boeing for the 9/11 hijacking?

To rescind Obamacare require cloture with 60 votes… that would require Dems to cross over… and then over ride veto by Obama.

Thank you, Alaska Bob. I was getting ready to say everything you just did (only it would have been far more verbose and less effective).

“It was also a Republican Congress which passed the PPACA [aka Obamacare], a mere 5 years later, in 2010.”

Sorry, down-thumbed you by mistake. I was shaken by the stupid of the previous post….

However, his point on PLCAA is 100% accurate.

“It benefits big business”. Yes it does, as intended. It has already been pointed out to you that this “big business” built a lawful item, let it be sold in a lawful manner, to a person who had every right to own it. It was stolen and misused by another person, who may or may not have been eligible to purchase his own. Why should the big business be penalized, after the fact, AND would you feel better if a little business had built the item and marketed it?

Sit down tonight and list all the things in your life that come from “big business” and imagine your life without them. For starters think of motor vehicles, television, computers, houses, .. I could go on, but an intelligent person would get the idea by now.

(They did this by taking an already-existing bill and amending the text to equal the Senate’s bill, to fulfill the requirement that bills involving tax originate in the House. The Supreme Court okay’d this, which I consider BS.)

To say that the Democrats in the House took an already existing bill and merely ‘amended’ the text would be the understatement of the year.

The bill they passed, was completely stripped of its wording where only the title of the bill remained.

The fact is that this law protects our right to keep and bear arms. If the progressive fascists were able to sue manufacturers for the “damages” their products do in the hands of criminals no company would be able to manufacture firearms.

The families should not have sent their children to a place that was not only unprotected but openly advertised about being a unprotected.

When you enter an area that forbids the people within to defend themselves and others, you are the one that should be held liable.

How is this even helping the families of the victims? Surely all its doing is prolonging their pain for no benefit what so ever???

The minute the tragedy happened… the gun control people movde in to seal the deal. Remember Kubler Ross stages of grief…. how many times after this do the aggrieved parents say that only passing this or that bill will make their loss worth it. They freeze families in the anger/bargaining modes…. admittedly only a third of people in such tragedies pull out… a third in limbo and a third shattered. By putting them in this anger/bargaining mode… many who could have made it through are stuck.

Why not sure the person who did it. Oh right, not enough money for their lawyers.

and he methodically covered his tracks.

They settled with the shooter’s mother for 1.5 million among them. Not much considering what they lost.

This suit is an attempt to set precedent so that gun manufacturers could be sued out of business. It’s just not going to fly because you can’t sue the maker of something used to kill someone. We sue cutlery companies for stabbings? Car manufacturers for auto accidents or if a car is used as a weapon to mow people down? And on. So no, this wasn’t going anywhere . . . though it might in the not-too-distant future.

Exactly it is an attempt to overturn the law protecting gun manufactures by SCOTUS fiat. At least that is the end goal.

settled with mother or her estate?
shooters mother was dead also
had not heard of that settlement which is why I ask.

Another factor may be that Remington has, in the past, lost some ridiculous suits. Things like some twerp shooting himself while cleaning his gun … and driving.

While probably the least incompetently run of America’s iconic ninteenth-century firearms manufacturers, Remington Arms LLC just doesn’t seem to have its act together in court; so if you want to sue a gun manufacturer, Remington is likely one of the more tempting targets.

Cleaning a gun while driving? See this is why we just need to remove all warning labels from everything and just leave it in Gods hands. Something tells me we would have many less Democrat voters.

Remington is likely one of the more tempting targets.