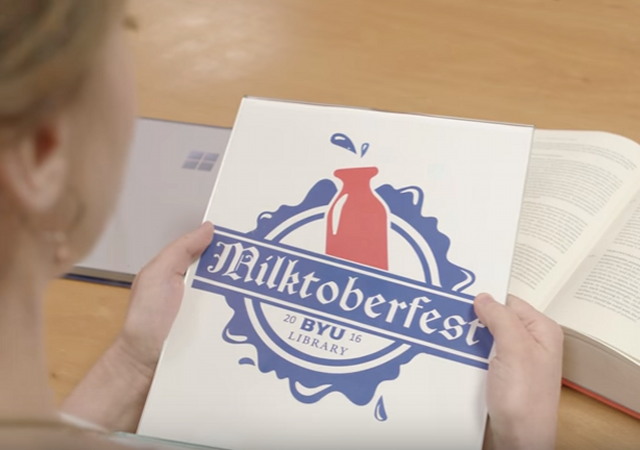 Some college students still know how to have good clean fun. This might be the cleanest.

A promotional video confirms that, yes, “it’s a thing.”

Brigham Young University celebrated its inaugural Milktoberfest, the “holiday for doing homework and drinking milk,” Thursday in the Harold B. Lee Library, just in time for midterms.

“We are inviting campus to get behind it,” said Roger Layton, public relations manager for the library.

The celebration is a fitting Oktoberfest twist for the university, which has been named the top “Stone-Cold Sober” university in the nation for the 19th consecutive year, every year since The Princeton Review created that category.

Consuming alcohol is against the honor code for the university, which is owned and operated by The Church of Jesus Christ of Latter-day Saints, and is also against the church’s teachings.

BYU students are big milk fans. For the 2015 to 2016 school year, they purchased 70,572 gallons of milk from the BYU Creamery, and enough chocolate milk alone to fill two Olympic-sized swimming pools. The BYU Creamery sells two types of flavored milk–chocolate and cookies and cream.