How one law chilled campus free speech by creating blizzard of special snowflakes. 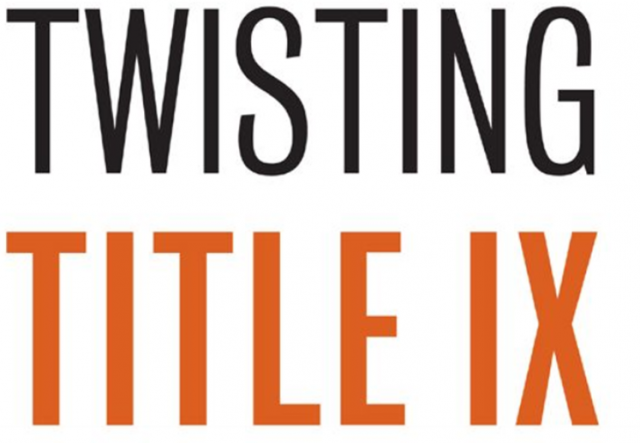 Twisting Title IX, by Robert L. Shibley, describes how Title IX, a 1972 law intended to ban sex discrimination in education, morphed into a monster-storm of regulations and guidelines that have chilled free speech on campuses across the nation. The importance of the information that this book coveys cannot be over-stated, because if conditions are left unchecked,a blizzard of special snowflakes will inundate our schools.

Shibley, the executive director of the Foundation for Individual Rights in Education (FIRE), has over 13 years of experience aiding students and faculty members at hundreds of institutions contend with slew of unintended Title IX consequences. His book begins with a brief history of how Title IX originated, why the focus changed from sports teams to sexual behavior, and describes the disturbing consequences of the implementation of vague and politically correct guidelines.

The aspect that I found most disturbing was how the Department of Education’s Office of Civil Rights (OCR) used a “Dear Colleague Letter” (DCL) to essentially enact two laws without going through the arduous proposed regulation notice-and-comment process requiring input from the public. The DCL declared that accusers have a right to appeal if their cases didn’t result in a conviction (violating double jeopardy protections) and it also stated that sexual misconduct convictions must be based on the “preponderance of evidence” standard versus  one based on”beyond reasonable doubt” or “clear and convincing evidence”.

One case described in the broadside cause my eyes to pop. Sarah Emerson told a five-word joke after seeing a couple engaged in a rather intimate moment from the window of her dorm. The upset couple, two of the most special snowflakes ever to attend college, were “offended” and brought her up on 5 separate Title IX based charges.

The charges on Emerson were dropped only after FIRE intervened. The university had intended to go through with disciplinary measures.

The broadside is short, sweet, and to-the point. For those interested in law, regulations, and campus free speech, it is an engaging read that is topping the Amazon charts.

It is unlikely that President Obama or his administration will stop their regulatory thuggery before January. However, the chilling effect on campus free speech from implementation of Title IX policies will take years to thaw out no matter who is in office after him.

Shibley’s book shows why paying attention to regulations and compliance directives is as important as to keeping an eye on the laws being passed.

What if this is what the majority wants?

Then…I give you Nationalist Populism.

I’ll take our Republic, thanks.

Andy, if this is what the majority wants, they can darn well vote on it. A lot of the “majority”, though, have sons hoping to attend college. I wonder how the civilian world will react to this when the snowflakes join the real world.

Progress is made not in leaps and bounds, but one grain of sand at a time. Hopefully, by this time next year this power-grab will be unwound, leaving only a few thousand others to work on.